Hot on the heels of the wildly successful "America Series," Zynga returns with the "Europe Series" for its CSR Racing 2 (CSR2) — featuring new tracks and the iconic Black F1 Livery, driven by the legendary Lewis Hamilton.

CSR2 will be revving up its engines starting August 12 and will run until October 29. The new in-game multi event will be challenging players to race across prime and picturesque tracks across Europe. The high-octane racing game — now available on Google Play and Apple App store — has also released its Europe Series Teaser on its official YouTube channel. 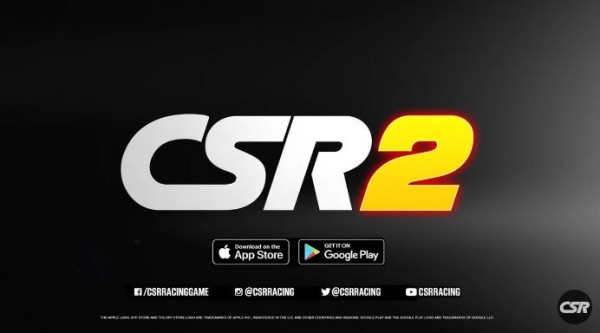 To start off, all players will be getting an in-game BMW M4 Coupe (G82) "M Performance" car in the first of eleven events that will take place across three different race tracks, all inspired by real world tracks including those in Matera, Italy and Nürburgring, Germany. In every event, players will be rewarded some of the most iconic vehicles in the history of racing, including the Pagani Huayra R, the 12-cylinder, 6-litre, racing monster that will be making its video game debut in CSR2.

In the "Europe Series" finale, players will be racing across the iconic Nürburgring track, where they can will the officially licensed in-game asset Mercedes-AMG F1 W11 EQ Performance featuring its visually breathtaking black livery, bearing likeness to the actual icon driven by the British driver and seven-time World Drivers' champion Lewis Hamilton. The in-game avatar driving the Black F1 Livery will be wearing Hamilton's signature black and purple helmet and black race suit challenging players from the driver's seat. The Black F1 Livery for the Mercedes-AMG F1 W11 EQ Performance first made noise around the racing world not only for its visual prowess, but for its statement against racism and the brand's commitment to improve the diversity within its team and its real-world racing teams.

A Great Gaming Experience, Driven by Passion for Racing

"We share a passion for motorsports and racing games with the Mercedes-AMG Petronas F1 Team, making them the ideal collaborators for our Europe Series event," said Julian Widdows, VP and Head of Racing at NaturalMotion, the Zynga studio that developed CSR2. He notes that for the first time in the game's history, they are introducing a Formula One car to the game, not only celebrating one of the world's most iconic cars, but also allows the players to experience the power and performance of this car within the game.

Simon Forester, Mercedes-AMG Petronas F1 Team's Head of Licensing, recognizes that the license they've given Zynga and NaturalMotion for CSR will enable thousands of player around the world to race against a virtual elite racer driven to the Constructors' World Championship by icons like Valtteri Bottas and Lewis Hamilton.

"It's an incredible opportunity to bring this awesome car to the screens of motorsports enthusiasts worldwide giving players the ultimate racing experience," Forester added.