"Super Mario Bros." has long been confirmed to have a reboot movie, but not much has been said about it ever since it was announced. That is about to change.

According to reports, the cast of the upcoming "Super Mario Bros." movie includes comedian Sebastian Maniscalco as one of its members.

"Super Mario Bros." cast member Sebastian Maniscalco made the confirmation himself during an interview on Bert Kreischer's "Bertcast," according to CNET. The report also mentions that the comedian is already recording voice work for the movie.

Maniscalco went on to confirm that he got the role of Spike, the boss of brothers Mario and Luigi, in the "Super Mario Bros." animated movie reboot. If you are wondering just who in the world Spike is, you probably are not the only one.

According to Nintendo Life, there are two possibilities as to who Spike can be. First of which is a character named Foreman Spike, who appeared in an old video game in the "Mario" series called "Wrecking Crew."

Foreman Spike seems like the most plausible answer, but the Nintendo Life article also points out that there is another Spike, an enemy character, in the "Mario" series.

The animated movie reboot of "Super Mario Bros." was first announced in 2018, but details that have been released about the film have remained scarce since.

What is known about the film is that it is set for release sometime in 2022. It is co-produced by Chris Meledandri from Illumination, the studio that released "Despicable Me," and the creator of the "Mario" series himself, Shigeru Miyamoto.

Related Article: Nintendo Announces Intentions To Head Back To The Movies

The original "Super Mario Bros." film is a live-action adventure comedy movie loosely based on the video games. Cast members of the film include Bob Hoskins, John Leguizamo, Dennis Hopper, and Samantha Hopper, among others.

Films in the 'Mario' Series 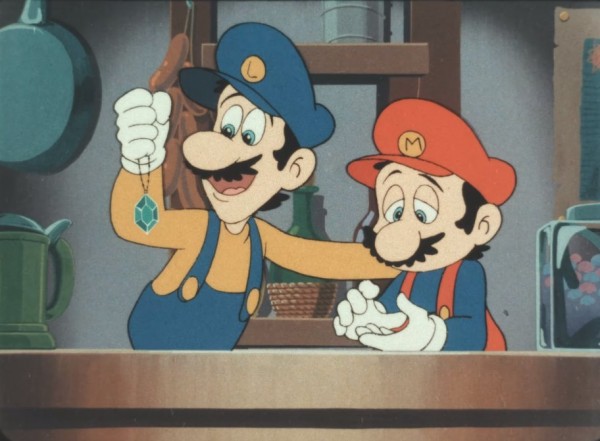 Unlike the video game series, television series, and even the comics and manga series, the film series of "Mario" has been less explored by Nintendo. That may change as Nintendo has expressed an intent to do more animated film projects should "Super Mario Bros." be a success.

Aside from the 1993 live-action film and the upcoming animated movie, there is another "Mario" film that fans outside Japan may not know about.

Also Read: 12 Upcoming Video Game Movies That Give Us Hope

12 Upcoming Video Game Movies That Give Us Hope

Nintendo Co-Producing Mario Movie With The Studio Behind 'Minions'

Nintendo Announces Intentions To Head Back To The Movies