Bratz and Puma are partnering up to bring some pretty cool footwear both for Bratz's mobile game and for real-life fashionistas as well.

The real-life Bratz and Puma footwear collection will be available beginning August 12 via Puma's website and flagship store, as well as select retailers.

Bratz's partnership with sportswear brand Puma will involve the toy line's mobile game, "Bratz Total Fashion Makeover." The announcement of the partnership between the two brands was announced by toy company MGA Entertainment and Outright Games, according to a report by GamingLyfe.

"It's such an honor to work with a sports brand that is as iconic as PUMA and bring together such a unique partnership in one of our games," according to Outright Games CEO Terry Malham, as cited in the GamingLyfe report.

The in-game Puma footwear can be used in players' avatars in "Bratz Total Fashion Makeover."

Real-life footwear items are also part of the Bratz and Puma partnership. These footwear items feature Bratz-inspired designs for Puma footwear silhouettes like Mayze and RS-Curve.

The Puma footwear collection in partnership with Bratz is set to go on sale on August 12. Those interested to buy a pair or two can do so from Puma's official website as well as the flagship store in New York City. According to the article by GamingLyfe, the Bratz and Puma collection will also be available in retail stores such as Foot Locker and Champs Sports.

Puma previously teamed up with Nintendo to create a pair of sports shoes to celebrate the 35th anniversary of the "Mario" series last year. 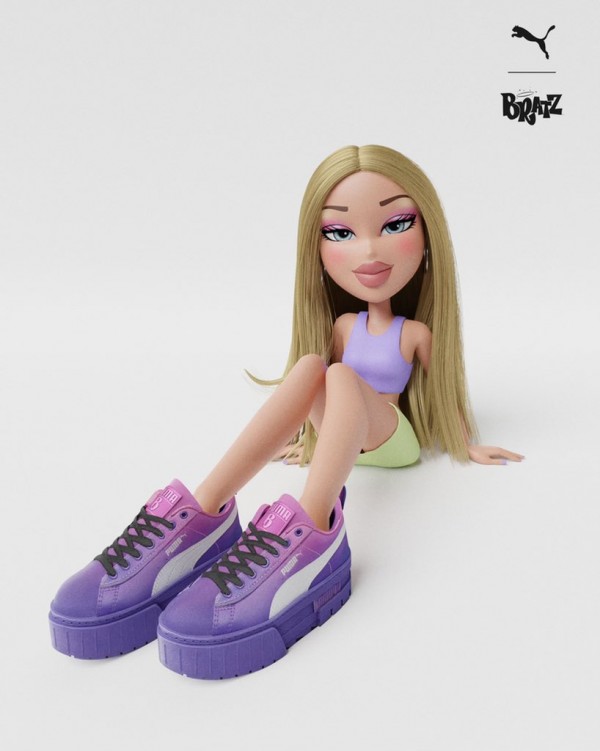 "Bratz Total Fashion Makeover" is a mobile game that is free-to-play on iOS and Android. The game features four Bratz characters, Sasha, Jade, Yasmin, and Chloe, who will guide the player in a fashion-themed journey "from being an undiscovered talent to an elite fashion icon," according to the Bratz mobile game's website.

According to the report by GamingLyfe, players can create their own unique characters on "Bratz Total Fashion Makeover" and solve match-three puzzles. Solving these puzzles will earn players coins that can be used to design the character's bedroom and build a wardrobe.

Bratz is a product line best known for its fashion dolls that was created by Carter Bryant. The Bratz line, which also includes merchandise, is manufactured by MGA Entertainment.

Bratz's first four fashion dolls, Yasmin, Sasha, Jade, and Chloe, were made available in 2001. The original line has since been expanded to include different spin-offs such as Bratz Kidz and Bratz Babyz.

Bratz has also expanded to include different media such as TV and web series, movies, and video games.

Nintendo's Super Mario 35th Anniversary: Goodies You Can Expect and Pre-Order to Celebrate The Beloved Character!