Bose's upcoming QuietComfort headphones are leaked ahead of their release. According to the leaker, the design of the successor wearable is retained, but some features will be introduced as it nears its expected launch date.

The active noise canceling (ANC) headphones will be called QuietComfort 45. It will be a more advanced version of its predecessor build, Quietcomfort 35, introduced in 2016. 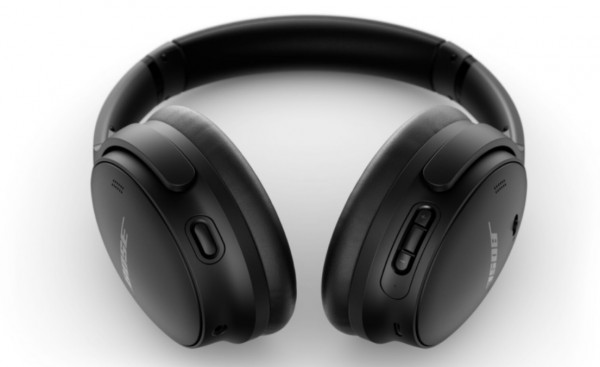 According to a German website, WinFuture, the appearance of the newest Bose headphones shares some similarities with its old model. From its USB Type-C port to the placement of its physical buttons, the QuietComfort 45 seems to be ready for its impending release.

Moreover, the voice assistant of the Bose wearable appears to be the same. The leaker also pointed out that its active noise-canceling capability will be retained just like the previous version.

In addition to the details that the leaker revealed, Bose is expected to utilize the same synthetic leather and nylon for the headphones. What's good with this covering is the lightweight but strong feature of the wearable.

Users are expected to feel comfortable when using Bose QC45 since its pads are deemed to be soft to their ears.

Despite Bose QC35's eight-mic array and supports for many voice assistants, it did not feature an impressive sound tuning and acoustic architecture.

The leaked QC45, however, will introduce Aware Mode that will let the users hear the external sounds. The feature works like Apple AirPods' Transparency Mode.

On top of this leak, Bose QuietComfort 45 will also have a fine-tuning mechanism for audio, thanks to its Active EQ.

For its battery life, it was reported by the leaker that it would feature up to 24 hours of continuous playback. This upgrade was longer compared to Bose QC35's 20-hour playback. Besides, it is expected to deliver a 15-minute Quick Charge that would let the users listen for 2.5 hours.

For longer music listening, the 3.5-millimeter jack will aid the user in that activity. If they want simultaneous playing on two devices, the multipoint pairing will do its job.

According to WinFuture, Bose could soon unveil the difference of its ANC feature to its predecessor wearable. The leaker assumed that it would be near the quality of Sony's WH-1000MX4.

For those who are wondering about the price of Bose QuietComfort 45, we could expect that its value would sit at around $329, MacRumors reported on Wednesday, Aug. 18.

For some users who learned about the new Bose leak, some said that the upcoming QC45 headphones should not come out as a disappointment. One user commented that he hopes that it would have a good set of codecs.

Another commenter wrote that what happened to QC35 II was disappointing. What made it terrible to use is its multi-pairing capability. Switching devices then unpairing/pairing them was a hassle to the user.

Still, there was one user who wished that the new Bose headphones could feature an improved microphone, a problem that QC35 did not solve.