Radiation therapy is an old practice by the physicians, but there's a new variation of it that the UT Southwestern Medical Center doctors developed.

The latest strategy, which borrows the application of artificial intelligence (AI), could improve a more refined tumor control for the patients. 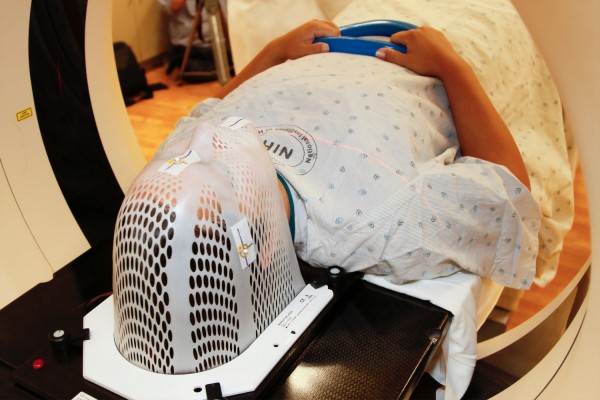 (Photo : National Cancer Institute from Unsplash)
Physicians have successfully come up with a new radiation technique in the form of PULSAR therapy. This will achieve a better control for body tumors.

According to a report by News Medical on Friday, Aug. 20, the new method called PULSAR, or Personalized Ultra-Fractionated Stereotactic Adaptive Radiotherapy, is said to be a better alternative compared to its traditional counterpart.

Along with the process, the α-PD-L1 therapy is demonstrated to have better tumor control.

The PULSAR radiation therapy outlines that only a few "pulse" doses are brought to the patients. The treatments are split into a specific duration from weeks to months.

Usually, the radiation treatments persist for up to nine weeks.

Along the long process, oncologists will have more time to analyze the condition of a tumor. They could now study the tumors' sizes, shapes, and how they react to the effects of radiations.

The PULSAR paradigm is a big leap for physicians, especially those whose expertise revolves around cancer treatments.

Compared to the usual radiotherapy that we know, the newest radiation therapy could be incorporated with intensive drug therapies and surgeries.

The Radiation Oncology Medical Director, Dr. Robert Timmerman said that through the help of artificial intelligence, the physicians would be able to shorten the length of the treatment.

Instead of sticking to the normal duration of up to seven days, the cancer treatment operation could now be done in just 30 minutes.

"The equipment and expertise under one roof should break new ground in fighting cancer," Timmerman added.

UT Southwestern Collaborates With Other Institutions

The PULSAR project will not be possible without the efforts of various departments that helped them formulate the radiation therapy.

Besides the experts from the UT Southwestern Medical Center, some members from the Simmons Cancer Center, and some faculties from the Oncology department also contributed to the project.

As it launches its newly-pioneered PULSAR, the team is aiming to expand its service in 71,000 square feet space. The location will also aid the experts through the imaging machines for the treatment of the tumor.

For the development of AI, the machine-learning experts from the Lyda Hill Department of Bioinformatics and Radiation Oncology are responsible for that.

The creation of PULSAR radiation initially started with Dr. Timmerman who wanted to improve the immunotherapy trend among hospitals.

At first, the team ran several tests regarding radiation therapy. Later, they discovered some fascinating information about the pulses.

They tried to split the two radiation pulses by 10 days, and concluded that it showed more effectiveness compared to the conventional schedule for radiotherapy.

In 2014, the National Institutes of Health (NIH) yielded results about glioma patients. Those people who have this kind of brain tumor tend to live longer when they both receive chemotherapy and radiation.

On the other hand, the Michigan Proton Therapy Center served its first patient in 2017 with its game-changing treatment called proton therapy. The technique made use of beams that kill body tumors.