Bionaut Labs proved that there is a solution to eradicate brain tumors without undergoing surgical drilling. Now, the startup invested their effort to build tiny robots that a remote can control. These small devices carry a dose of medicine which will

Robots That Can Attack Brain Tumors 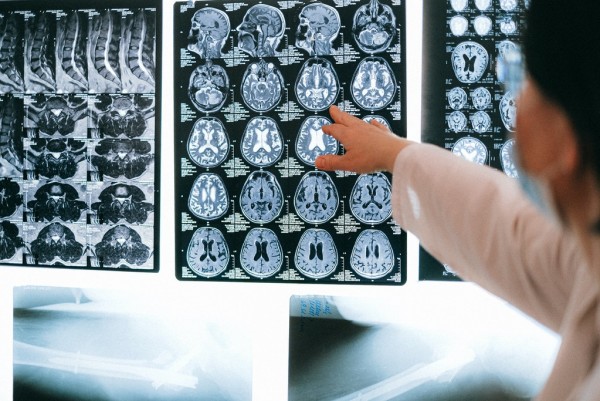 (Photo : Photo by Anna Shvets from Pexels)
Robots created by Bionaut Labs can now be used to attack brain tumors

According to a report by Los Angeles Times, these robots are assigned to transport a chemical that can kill cancer cells. The chemicals will now enter the body to attack the malignant tumor before they are flushed out of the body.

The tiny robots are described to be mobile through their highly-designed parts. They are even tinier than a millimeter when it comes to their size. Moreover, these devices will travel the tissues to access the places that cannot be penetrated by a surgeon, such as cancers that cannot be reached easily, unless equipment or tool will be used.

For CEO Michael Shpigelmacher, his team's success is a great, futuristic initiative, which can only be imagined in science fiction movies. Shpigelmacher added that what they discovered is 'eminently' practical.

The startup founder continued that the revolution of surgical robots happened two decades ago. At first, the idea was too complicated to imagine, but companies have gained more freedom in creating free-moving robotic arms as the industrial evolution progresses.

Shpigelmacher gave an instance in the place of a small screw that makes its way to the body until it hits the innermost part. Like the robots, the idea works the same with the tiny devices. From there, the robots dig their way to the body, and once they reach the end, they will now release the chemical before exiting.

The company head explained that traditional brain surgeries produce less accurate results in terms of making trajectory. This is because the tools have limitations in making their linear paths. An example of this is the way that a biopsy procedure occurs using a wide needle.

The Bionauts, on the other hand, just take samples from the brain. They also travel straight to the part where a tumor lives, so the procedure is much more efficient than a normal one.

Exploring Neurodegenerative Diseases  Can be an Extension of the Robots' Capabilities

In a report by FierceBiotech, Bionauts can be promising tools in diving deeper into several brain disorders. They could extend help to the diseases that require limited therapies. This gives light to the experts that its usefulness cannot be limited to suppressing brain tumors.

Huntington's disease, a type of neurodegenerative disease, can be a potential subject to test whether the robots could thrive and deliver the drug to the body.

Before doing clinical trials for humans in 2023, Bionaut Labs has already tested tiny robots for small and huge animals. The startup said that the trials showed no damage that the Bionauts could have afflicted.

Now, the company has already collected $20 million that they could use to innovate the design and technology of these small devices. In doing so, the clinical trials can be successfully accomplished for the human subjects.

If you want to know more about Bionaut Labs, visit their website here.