Airbnb is extending a helping hand to Afghan refugees and vowed to house 20,000 of them, free of charge. 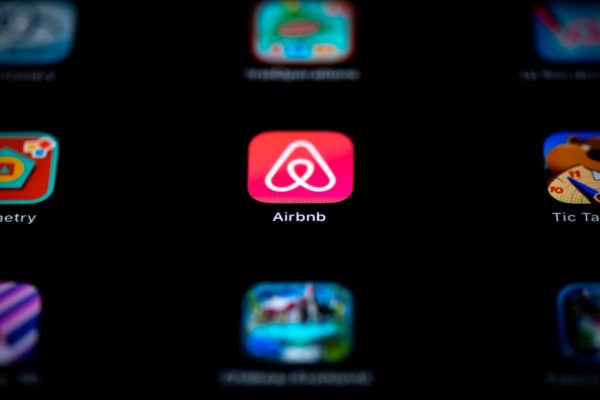 (Photo : by LIONEL BONAVENTURE/AFP via Getty Images)
This illustration picture taken on November 22, 2019, shows the logo of the online lodging service Airbnb displayed on a smartphone in Paris.

According to CNN, Airbnb CEO Brian Chesky said that Airbnb is working along with other non-government organizations, as well as the non-profit brand of the company, Airbnb.org, for the endeavor.

It is to note that Airbnb.org has been regularly providing shelter to people who are victims of natural disasters.

Its website says that the organization was the brainchild of a host back when Hurricane Sandy struck the New York City residents.

The pioneering program of the non-profit arm of Airbnb welcomed thousands of families who needed to evacuate due to the natural disaster.

Meanwhile, in 2020, Airbnb allowed some hosts to provide their lodging listings for frontliners of the COVID-19 pandemic, including healthcare workers.

In total, the platform claimed that it has already housed about 75,000 people who are crisis victims since the organization started way back in 2012.

The billionaire and industrial designer, Chesky, pledged to house Afghan refugees on Aug. 24, noting that the program will immediately begin, as per CNBC.

As such, refugees coming from Afghanistan could stay at some of the listed properties of the rental booking platform without any charge. It is free as the platform said that it will be shouldering the costs.

However, Airbnb is yet to clarify how much they will be budgeting for the program. Plus, how long refugees are welcomed to stay at their listings.

Chesky further tweeted that: "The displacement and resettlement of Afghan refugees in the United States and elsewhere is one of the biggest humanitarian crises of our time."

That said, the Airbnb exec shared that they "feel a responsibility to step up," adding that he hopes that the move will further inspire other companies to take action during these trying times.

How Could Airbnb Hosts Participate

Although the specifics are not yet clear, the Airbnb boss said that hosts on the lodging platform could participate in the endeavor of the company.

To do just that, Chesky said that Airbnb hosts could "reach out" to him if they want to be part of the program. He further assured that they will be redirected to key people in the endeavor of the company.

Read Also: #TechCEO Brian Chesky: The Airbnb Co-Founder Who Started By Renting Out Airbeds in His Apartment

People from Afghanistan have been trying to escape the country after its capital, Kabul, fell to the power of the Taliban.

Since then, refugees have been flocking the main exit point of the country, the Kabul airport.

That said, a huge number of folks have been swarming to leave Afghanistan as the Taliban has already announced that the deadline for airlift is until Aug. 31 only.

The US shared the country has already evacuated a total of 48,000 people from Afghanistan, and it seeks to fly out more.

Elsewhere, Airbnb have already blocked 50,000 bookings as it continues to ban parties as the threat of COVID-19 prevails. What's more, Airbnb's booking has been surging again as vacination rolls out to more people.