Cleveland Clinic has debuted a bionic arm that does not only act as a wearable device to complete one's body back, but it also features that can communicate with the brain for its function. This means that it would present a more "natural" function where the brain can command the prosthetics to move and function, like a regular human arm.

Researchers have already been experimenting on prosthetics and their integration into a society that has now incorporated technology with it. Before all of these, the only option for prosthetics is plastic or wooden limbs, tailor-cut to match the specifications of the users who would wear them. 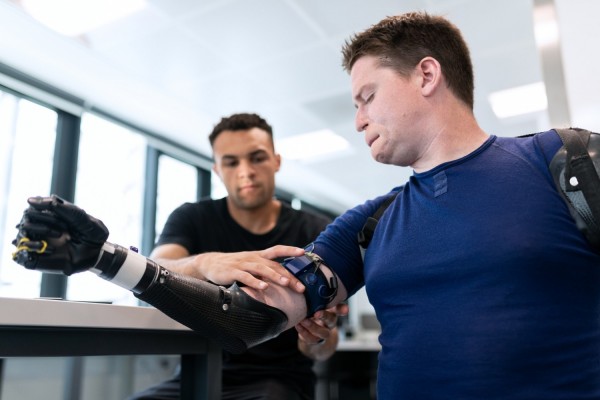 According to Cleveland Clinic's report, the bionic arm resembles that of futuristic prosthetics found on most sci-fi movies or dystopian timelines. The example which Cleveland Clinic has used is with "Star Wars," particularly with Luke Skywalker's arms which were slashed off by a lightsaber by his father, Darth Vader, in "Episode V: Empire Strikes Back."

Dr. Paul Marasco, Ph.D. was the lead author for this research, where he and his team has successfully connected the implant to a wearer's brain. After doing so, the team has investigated if the technology would work, which has presented a successful bionic arm that brings back the sensation of an arm.

Not only would it give the amputee back the motor functions of their lost limb, but the team has also made sure to make the feeling or sense of "touch" back with the arm. This is the closest bionic arm that a person would have that resembles their previous body part which was lost after an accident, amputations, and other reasons.

Bionic Arm that Can Communicate with the Brain

Dr. Marasco said that this would be a prosthetic that would make users feel like they have not lost the arm all in all, especially as it would make them think that it was always there when hooked up to the brain. According to Slash Gear, the arm can communicate back and forth from the brain and can do so instantaneously.

From the brain, sending it messages to move or function as a regular arm, down to the arm sending messages to the brain that it needs to respond to a certain stimulus.

This would work best for a bionic replacement that cannot be controlled, something which people aim to use to get back to their work or lifestyle which was left behind after amputation.

The bionic arm brings science fiction to real life, and it is truly a work of medical advancement for the user. Moreover, it resembles that of "Cyberpunk 2077," and other futuristic dystopian design, both its sheathed within artificial skin and bare look with the metal and wires.

The medical advancement would still need more tweaks and developments so that it may be applied or given to many amputees which have suffered from the disability. Moreover, this would help in restoring motor functions even after the loss of one's limbs.