Limb replacements have become commonplace for humans who have lost a particular part of their body due to a condition or an accident. Through the years, scientists devise their plans of placing an artificial body part in the place of the original one. The case is not new to the animal kingdom since it is now happening amid technological progress.

Recently, Mia, a young female bearded vulture (Gypaetus barbatus) has been spotted without a foot. However, the experts gave her another life through the futuristic extension for her lacking feature. 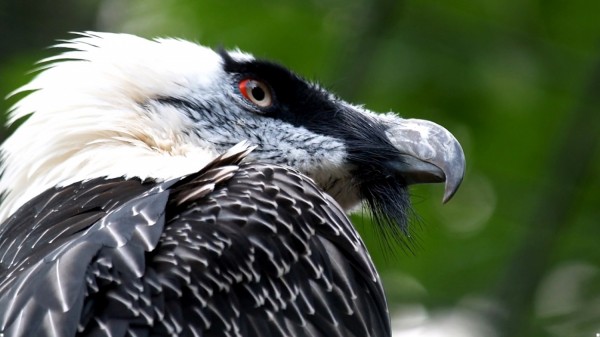 In a study entitled "Avian extremity reconstruction via osseointegrated leg-prosthesis for intuitive embodiment" published in Scientific Reports last Friday, June 11, researchers said that they have done a "Plug and Play" prosthesis to Mia at the Department of Plastic, Reconstructive, and Aesthetic Surgery in the Medical University of Vienna in Austria.

In the same place last year, the team developed the first "fully-integrated bionic arm" in the world.

As for the technique, the process called osseointegration has been demonstrated to the bearded vulture. The procedure tackles the attachment of the prosthesis to the bone to replace the limb. Moreover, it will also provide more stability for the bionic body part.

At first, this was applied to an electrician named Patrick Mayrhofer who suffered from severe hand damage after interacting with a live circuit. The human patient decided to have his broken hand removed. In return, it would be replaced by a bionic prosthesis which is said to be the very first replacement in the world, IFL Science reported.

The case for Mayrhofer could be easily imagined since we could feel what could happen if we have no hands. For the situation of Mia, the scientists studied her foot and how it affects her life.

'Plug and Play' Prosthesis on Mia

The bearded vultures are known to be scavengers. They rely on the remains of the dead animal and feed on them. Their feet are an important part of the process of their eating. Compared to other birds flying across Europe, a bearded vulture is considered to be the largest flying bird in the region with a huge wingspan of 2.6 meters (or 8.5 feet).

Apparently, Mia has no foot to hold her food when looking for a carcass. If there are no people who have seen her condition, she could have been dead due to hunger.

For that, the scientists helped Mia have a limb replacement. The bearded vulture underwent surgery so that the prosthetic implant would be connected to her own bone. In the end, the operations were successful, and the bird was given some time to rest before she gets back with her new bionic foot.

In a statement, MedUni reconstructive surgeon, Dr. Oskar Aszmann said that Mia has attempted to walk after three weeks of the operation. He added that the female bearded vulture was the first "bionic" bird that received the treatment.

"This concept offers a high degree of embodiment, since osseoperception provides direct intuitive feedback, thereby allowing natural use of the extremity for walking and feeding. For the first time, we have now successfully bionically reconstructed the limb of a vulture," Aszmann said.

Last month, a baby elephant received a prosthetic limb after losing its foot to a snare.