VPN software can be used to do many things on the internet, and most of these things are quite... illegal. And now, movie companies are trying to get payback for it.

(Photo : Omar Marques/SOPA Images/LightRocket via Getty Images)
PORTUGAL - 2019/12/20: In this photo illustration a VPN logo seen displayed on a smartphone.

TechRadar reports about a lawsuit that has been filed in a Virginia federal court. The suit targets VPN companies VPN Unlimited Surfshark, Zenmate, and ExpressVPN for their alleged complicity in copyright infringement.

The main reason for the lawsuit was due to how many people use a VPN these days. Since the software mainly offers people a chance to bypass online content restrictions, it's being used to pirate TV shows, movies, and games. It's also a common part of torrenting, where the use of a virtual private network is more often than not a suggestion.

As part of an effort to crack down on piracy, torrenting, and other related things, movie companies also want VPN providers to log anybody that pirate content. This is what a lot of ISPs do these days: they log and notify any customer caught torrenting films and software online. But they don't just want these VPN providers to log user data: they also want them to disconnect anybody caught in the act of pirating content, reports TorrentFreak.

As part of the lawsuit, the companies who hold the rights for frequently pirated films have sent numerous copyright infringement notices, which were allegedly forwarded to involved VPN providers from web hosting companies. However, the one big problem they have to face is that the VPN companies can't really pinpoint individual customers, with a lot of them even offering no-log VPNs which are close to impossible to trace.

VPNs are pretty popular these days, with services often marketed to people who want to keep their online tracks hidden from ISPs and search engines. As such, this focus on anonymity makes them quite useful for people who try to consume content illegally.

Read also: 6 Reasons Why Everyone Should Use a VPN?

VPN And Piracy? How?

Understanding how piracy and virtual private network use are linked is quite easy, if you understand how the latter works. As previously mentioned, one of the most basic functions of a VPN is to ensure user privacy by hiding their online activity from internet service providers, who may or may not be logging their data without their consent.

Another use for a VPN is for bypassing region restrictions for specific online content. Remember those notices that say "this video is blocked in your country"? Well, with a VPN, you can go around that restriction because it can help you spoof your location. Two of the providers tagged in the lawsuit (ExpressVPN and SurfShark) have been cited by Tom's Guide as great at allowing users to fake their locations online. 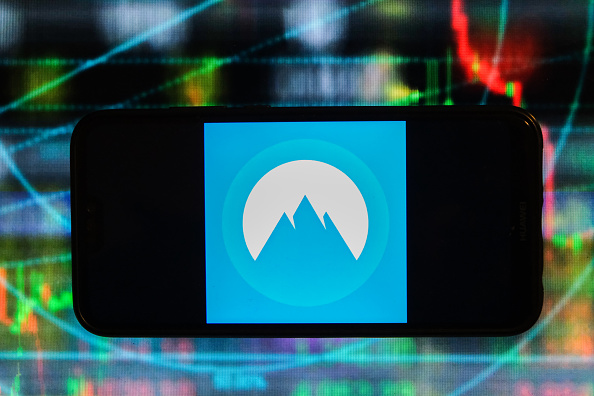 (Photo : Omar Marques/SOPA Images/LightRocket via Getty Images)
POLAND - 2020/12/02: In this photo illustration a Nord VPN logo is displayed on a smartphone with stock market graphics on the background.

With all that capability, it's no wonder why virtual private network services have served as a "safe haven" for anybody doing illegal stuff on the web. And this was made clear in an FBI bust conducted last year, wherein federal authorities managed to identify and shut down three VPNs which hackers are using to cover their tracks.

FBI Takes Down Three VPNs Mostly Used By Hackers! Why You Should Never Use This Service

6 Reasons Why Everyone Should Use a VPN?

5 Amazing Things You Can Do With a VPN