VPNs or Virtual Private Networks are the best tools that people should use, especially when accessing an unknown website. This is also ideal for safety purposes since hackers can access their information through their IP addresses.

There are a handful of good VPN apps for Android users at the moment.

For this part, we will tackle the best VPN Android apps that you can download through the following list. 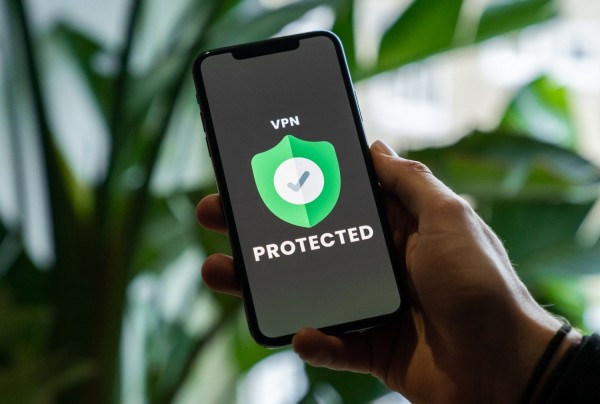 (Photo : Privecstasy from Unsplash)
Looking for the best VPN apps on Android? This guide will provide you the ideal list for that.

According to a report by Android Headlines on Friday, Sept. 3, NordVPN is currently one of the best VPN apps for Android this year.

Besides its user-friendly UI, the app has notably more than 5,000 servers in over 60 countries around the world.

What's good about NordVPN is its privacy feature involving a no-logging policy. For premium users of this virtual private network, they would enjoy the unlimited bandwidth of the service.

NordVPN is also available as an extension on desktop. Chrome and Firefox users will benefit from it.

Last February, the company offered 68% off on its 9th anniversary.

Availability: Depending on the Android device

If you are looking for a VPN with reliable customer support, Surfshark should be the one that you should use right now.

Like any other VPN apps in Android, it features a clean look of its user interface.

For those who want to experience it immediately, Surfshark will grant the users an unlimited trial for seven days. If you want to get the best of Surfshark, you might want to avail yourself of its premium version.

The company behind this VPN has been operating for more than 65 countries through its 3,200 servers. If somehow you experience some problems in using it, the company said that the user is entitled to a money-back guarantee.

In addition, the company will still return your money if you feel that you are unsatisfied after your 30-day usage with it.

The most impressive feature of Surfshark is its zero-buffering speed.

Availability: Android version 5.0 and above

VyprVPN offers a unique service through its 1GB bandwidth for free. Understandably, users are hooked to downloading this since its UI is well-designed.

Most importantly, this VPN app is intended for those who are former iOS users.

Before you begin accessing this VPN, it's good to know that for 30 days, VyprVPN will store all of its logs. This is conducted to avoid possible attacks from cybercriminals.

For its customer support, don't worry as the company offers a 24/7 service to its users.

Availability: Android version 5.0 and above

The aesthetic UI of Proton VPN is enough to entice people to use it. It sports a mixed design of its UI besides its no-logging policy that VPN apps should adopt as well.

If you think Proton VPN lacks some features, you can freely choose a subscription package among the three models. The higher the tier, the faster the internet the user can achieve.

Besides Android, it is readily available for Windows, macOS, iOS, Linux, etc.

Availability: Android version 6.0 and above

The top-tier performance of TunnelBear is something the users should not miss with this VPN app. From its smooth UI to its service, millions of users have already downloaded it.

If you want to refrain from buying its premium version, you can opt for its free monthly bandwidth of 500 MB.

On top of this offer, it also has 256-bit encryption plus a no-logging policy. TunnelBear's customer support is also outstanding.

At the moment, the company is operating its servers in more than 22 countries.

Availability: Varies depending on the device

If you still want more VPN-related articles, you can read this article about the best and the safest VPNs for your internet needs.