Ubisoft has had enough of too many players going AFK in "Rainbow Six Siege." 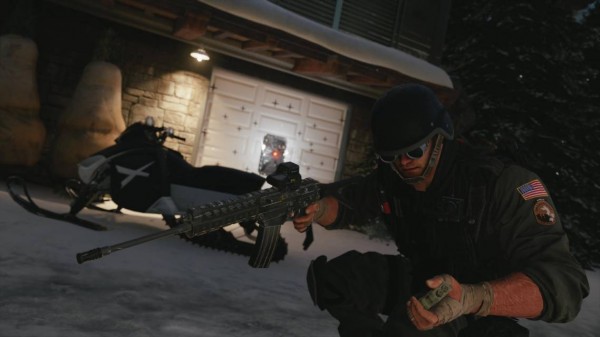 GameRant reports that the studio is taking action against these AFK players, which is not something you can ignore in a game like Rainbow Six Siege. They say they're going to sanction anyone caught taking advantage of going AFK, which has been widespread in R6 in recent weeks.

The confirmation comes from the official Twitter page of the game, where Ubisoft didn't mince their words. Aside from promising to "not tolerate bad actors" that disrupt and degrade other players' experiences, they're also implementing new design decisions that take away the use of AFK practices in the game.

Ubisoft also stated that they're working on developing automatic AFK detection methods, which could be expected to drop into the game within the coming weeks, if not months.

Going AFK in "Rainbow Six Siege" has been rampant lately as a way of players using bots to level up their accounts. Being AFK in-game could mean that cheaters will have easier access to several high-level accounts that they can use when they get banned, reports Eurogamer.

Ubisoft has one big problem to contend with, though: AFK bots can be quite hard to detect, more so if they're scripted to perform certain actions. This could include firing a bullet at randomized intervals.

"Rainbow Six: Siege" is one of the most popular Ubisoft games out there, mainly because it's not just any other first-person shooter. It's classified as a tactical shooter, where actual teamwork matters if you want to win matches consistently. It's not like other shooters where players could just Leeroy Jenkins their way into victories.

Read also: 'Rainbow Six Parasite,' Formerly Known as Quarantine, is Set For Release This Year According to Rumors

Ubisoft And Its Battle Against AFK/Cheating

Going AFK in "Rainbow Six Siege," despite how disruptive it could be for other players who just try to play the game the normal way, is actually effective at farming in-game currency known as Renown. For the uninitiated, the official Ubisoft website indicates that Renown is used to unlock Operators and various weapon attachments and customization items.

Earning enough Renown to unlock what you want can be a tedious grind, which is why many players have devised "quicker" ways to farm it. There are actually a lot of tutorial videos on YouTube that teach people how to farm Renown AFK, like this one:

Of course, we don't condone this type of activity in a game where fair competition is key. But things like this won't be the first instances of cheating that Ubisoft has had to deal with in "Siege." They've implemented various anti-cheat solutions in the past, such as Match Replay, which has proved effective in identifying cheaters. Aside from that, Ubisoft has also joined fellow developer Bungie in filing a lawsuit against cheat distributors last August, in another attempt to stem cheating in their popular multiplayer titles (Bungie's game being "Destiny 2.")

Related: Ubisoft Aims to Reduce Carbon Footprint, Execs' End-of-Year Incentives Would Depend on it

'Rainbow Six Parasite,' Formerly Known as Quarantine, is Set For Release This Year According to Rumors