UK Researchers Develop Device That Could Fend Off Cyberattacks

A team of cybersecurity researchers from the UK has created a device that could stop cyberattacks from happening via USB devices.

Since many connectible devices can be connected to the internet, cyber attackers can use this opportunity to spread malware to computers. 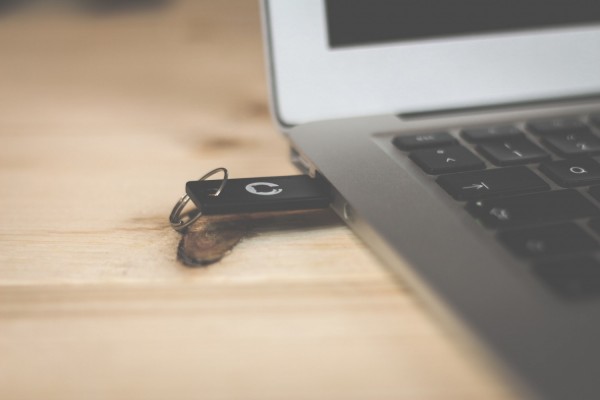 (Photo : Brina Blum from Unsplash )
Researchers from Liverpool Hope University have developed a device that can stop cybersecurity attacks.

According to Texas News Today on Saturday, Sept. 4, the device has the potential to fend off cybersecurity threats from unknown hackers.

It will be an ideal tool to fight cyberattacks in a system.

Dr. Shishir Kumar Shandilya, the project leader of the team, wanted to eliminate the increasing number of malicious files that cybercriminals install in the device.

In a press release, Shandilya said that one of the most common problems for flash drives is the operating system's way of detecting a "trusted" file.

Shandilya, together with his colleague, Professor Atulya Nagar, have ended up devising an effective tool for impending cyber threats.

According to them, the "intermediate device" will be used for computers and laptops' USB ports.

The device will be the solution to halt the cyberattack from starting prior to its spread.

Moreover, the malicious software will be scanned by the device before it gets through the system.

What's good about this tool is the fact that it features an extra layer of hardware security to the main device. It can also hide the OS information of the host.

Additionally, the device presents a variety of capabilities to maximize cybersecurity protection through detecting malicious software, as well as totally blocking it to the USB device, according to Techradar.

The UK researchers made this possible as part of Nature-Inspired Cyber Security (NICS), a new cybersecurity research field.

This area tackles the real-time events involving the cyberattack and how to prevent it from occurring.

Currently, Dr. Shadilya's team is focused on discussing how it would be brought to the public. The crew has already made the prototype for the device.

Last April, the Singaporean cybersecurity watchdog warned the citizens about the growing number of internet-connected devices. From smart home gadgets to hospital devices, the attackers could use them to inject malware.

At that time, the cyberattack had infected over 100 million devices around the world.

Earlier this week, many people were alarmed about the new and upgraded version of OMG's lightning cable. The lightning cable was found out to be an outlet for malicious attacks.

By stealing information from the user, the sensitive details will be relayed to the remote attacker.

The ability of the malicious cable works by switching the exploitations depending on the user's physical location. This is the reason why even from miles away, the hacker can freely obtain the user's data without getting spotted.

By creating a fake WiFi hotspot, the attack will start with the plug-in device.

Related Article: Ransomware Attacks in the US is 'Comparable' to 9/11 Terrorism Threats Two Decades Ago, FBI Director Says

This article is owned by Tech Time