Volkswagen has revealed its ID Buzz electric vehicle, and it is soon coming to bring the Argo AI for its self-driving system to mobilize the car even without human intervention.

The concept van will soon be unveiled at the Munich Auto Show, but Volkswagen has already showcased it earlier this Sunday, with the vehicle's full glory.

The German automaker has already pledged to stop selling internal combustion engine (ICE)vehicles or fuel-powered cars in Europe by 2025. This is a massive move by Volkswagen, especially as they prove to be a massive growing company into the EV industry, coming from its background with ICEs like GM. 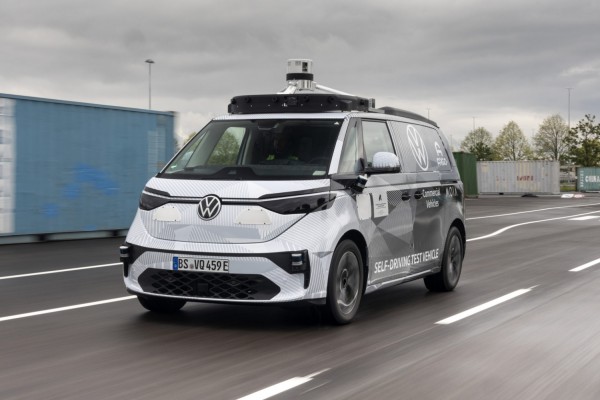 The car company could not get more excited in showcasing their latest vehicle to the public, as it proceeded to bring the ID Buzz for everyone to see ahead of its supposed showcase in the Munich Auto Show. According to Road Show, the bus is coming, and it gives on a modern take on an old classic, which has a fuel engine.

Supposedly, the vehicle would be revealed later than Sunday, but the company has decided to show the world of its upcoming family van, which can haul plenty of passengers and cargo. Moreover, the EV brings something unknown to the public before, and it is with its Self Driving system from a partner company.

The ID Buzz would replace the long list of multi-purpose vehicles from the company, composing of the VW Transporter, VW Crafter, and of course, the Volkswagen Kombi or VW Bus.

The main inspiration of the vehicle is the popular "hippie transporter" of the early 1960s, known as the VW Kombi or Bus, which has become a global icon.

Read Also: Electrify America Could A New $1 Billion Partner: Why Is VW Selling A Stake Of Its Company? 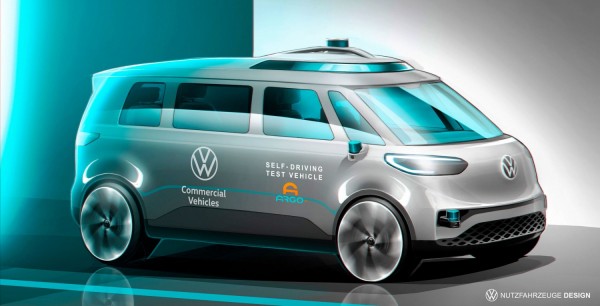 According to Argo AI's Ground Truth Autonomy press release, it has partnered with Volkswagen to bring its SDS or self-driving system for the ID Buzz. This would help power the vehicle's autonomy and bring a safe driving experience that would integrate well with the technology present today.

Argo is known to power several Ford vehicles in the country, and it is also the system that was utilized by the German company for its EV needs. This was used instead of developing one's self-driving feature, which would have been a lengthy and expensive venture for Volkswagen.

It did not go down the path of Tesla and GM, which aims to produce self-grown autonomous driving software for its EVs.

The ID Buzz is only one of the many upcoming electric vehicles which the German manufacturer has planned for the company. It already has the ID.3 and ID.4 on its lineup, and it would soon expand to more ventures, focusing mostly on where Volkswagen is strong and popular.