This AI Could Predict Startup Success, Research Claims it has 90% Accuracy

AI or artificial intelligence could predict startup success to an impressive 90% accuracy, a study using machine learning models that look into tons of companies showed. 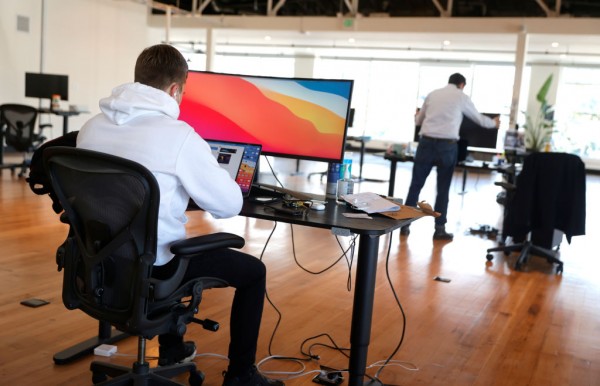 (Photo : by Justin Sullivan/Getty Images)
SAN FRANCISCO, CALIFORNIA - MARCH 24: Vlad Lapich, with tech startup company Fast, works on his computer on the first day back in the office on March 24, 2021 in San Francisco, California. A limited number of employees at a tech company in San Francisco returned to work in the office as San Francisco and 5 other California counties moved into the orange tier of reopening. The orange tier allows non-essential offices to open at 25% capacity.

As per Embroker, startups turn out to be a complete failure in most cases. To be precise, about 90% of them do not become successful.

What's more, about 10% of startups end up being a failure every year, regardless of what industry it is in--whether it is from tech or retail. Not to mention that failure began at roughly the second to the fifth year of the firm.

However, CBInsights learned in its recent data that 42% of the unsuccessful startups are due to misreading the market demand.

It is worth adding that Fundera further noted that about 82% of the failed ventures had a problem with their cash flow, to begin with.

Given that existing data has already recorded the pattern of why startups end up an upset, AI could possibly predict what will be the next successful unicorn out there.

According to Phys.Org, a group of scientists was able to develop an AI that could accurately predict whether a startup will end up being the next big thing, or it will be another failed attempt to disrupt the market.

The machine learning models that were used for this AI predicting tool look into over a million companies to further say the scalability of a startup.

That said, if the tool turns out to be absolutely accurate, more investors could help the capitalization of these budding startups.

On top of that, it would also be beneficial to investors as they will no longer be risking their money for startups that would end up being a waste of their time.

The results of the research testing of the AI that could predict the success rate of startups were promising.

The study was published in The Journal of Finance and Data Science of KeAi.

To be exact, the AI was able to assess 90% of the companies that were part of the study accurately, which only means that 9 out 10 startups have been predicted precisely.

The machine learning models of the AI were trained with data coming from a platform that publishes information about numerous companies called Crunchbase.

But it was not based on that alone.​

The scientist also paired the vast data to the patent info of the United States Patent and Trademark Office or USPTO.

However, the scientist working on the AI further noted that the crowd-sourced nature of Crunchbase is a problem that they had to face along the way as some details from companies were missing.

Nevertheless, the researchers went on to take note of this missing info and later on use it as an actual input in the machine learning model. And the team further learned that the absence of some details is necessary to predict the future of a company.

Elsewhere, here are the top AI health startups in 2021.

In other related news, this AI attempted to mimic a husband's dead wife.

Related Article: New AI Algorithm Proves To Be 99% Accurate in Detecting Pre-Alzheimer's Changes in the Brain