An amateur astronomer who only happens to be taking images and clips for a specific program has spotted an unusual sighting in Jupiter.

The largest planet in the solar system has previously encountered many mysteries in the past. Up to this day, some of them are still baffling the scientists. 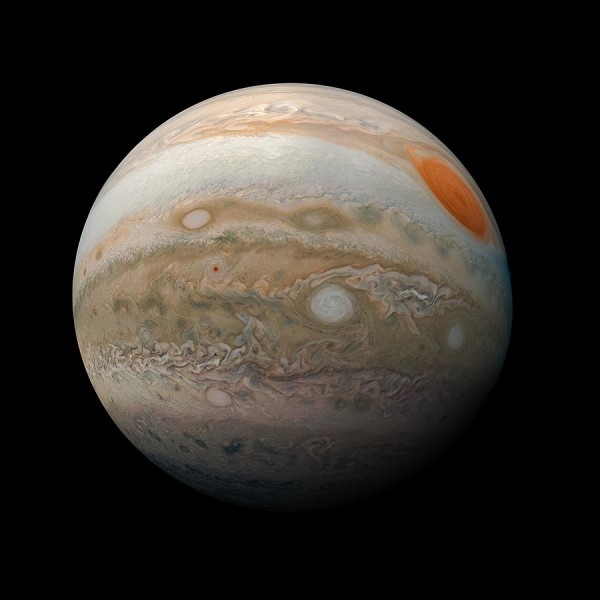 (Photo : Wikimedia Commons/NASA/JPL-Caltech/SwRI/MSSS/Kevin M. Gill)
An amateur astronomer from Brazil has sighted a rare phenomenon in Jupiter via a Newtonian telescope. Why is the planet glowing in the video?

According to a report by Tweak Town on Thursday, Sept.16, the amateur astronomer who captured some glimpses of Jupiter's unknown body is Jose Luis Pereira, a Brazilian.

On Monday, Sept.13, Pereira prepared to capture the best shots of Jupiter using a simple Newtonian telescope. He was actually gearing up to set up the astronomical equipment that he would be using at that time.

In Caetano do Sul, São Paulo, the astronomer began documenting all of his discoveries about the largest planet in the solar system.

In line with the DeTect program, he was aiming to detect different impacts that hit the planet. However, what he witnessed was something far worth the wait.

For the captured footage, Pereira successfully snapped 25 clips of Jupiter.

When morning came, he was immediately alerted by the monitoring program that he had snapped the first video which showed a "different" impact on Jupiter.

Furthermore, the clip has reached the DeTect program later. It indicated that the taken video could be about a rock impact on space.

The following moment, Pereira notified the French Astronomical Society through Marc Delcroix, and the latter said that there was a real impact that happened.

The Unusual Glow That Pereira Saw in Jupiter

In a written interview with Space.com, Pereira noted that at first, he did not pay much attention to the first video. Upon noticing that there was an unusual glow in Jupiter, he only thought of it as an adopted parameter.

Pereira continued viewing the impact, but later decided to halt watching due to the impending bad condition of the weather.

The following day of Sept.14, the Brazilian astronomer was quickly notified that the recent sighting that he saw could be an impact.

"For me it was a moment of great emotion, as I have been looking for a record of [such an] event for many years," Pereira stated.

Even though Pereira clearly observed a different glow on the planet, it was not still determined whether it is a space rock or another cosmic entity.

Some astronomers speculated that it could be a meteorite that struck Jupiter.

For Damian Peach, an astrophotographer, it's possible that it was only a "small rock" that touched the planet's atmosphere.

Read Also: 'Hot Jupiter:' Strange 'Cloudless' Giant Gas Exoplanent Discovered As it Passed through a Star, Thanks to WASP

Over the past years, astronomers have been studying Jupiter in hopes of solving the puzzle about its mysterious spots. In 2017, a team of experts discovered a Great Cold Spot via the Very Large Telescope in Chile.

It was the second Great Spot that was observed on the huge planet.

Back in May 2021, NASA encountered Jupiter's Clyde's Spot, a region situated near the Great Red Spot.