Google's fix for the Android Auto glitch on Oppo smartphones with black or freezing screens is already out. 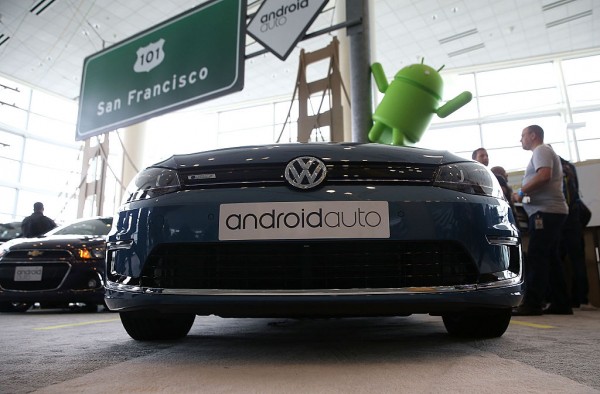 Some users of Android Auto are experiencing an Android Auto glitch in their vehicles, which involves freezing or blacking of their screens when they're using their Oppo phones.

One user with a Mitsubishi Pajero Sport and an Oppo phone noted that the Android Auto screen starts to go black when his smartphone locks.

That said, the owner decided to set his Oppo smartphone not to lock its screen anymore to avoid the black screen on the Android Auto.

However, the screen of the infotainment system still "flashes and the map jumps around."

Another user who owns a Mitsubishi Eclipse Cross and an Oppo R15 smartphone posted on the same Google Support forum, noting that he is experiencing the same issue as well.

As per AutoRevolution, Android Auto users with Oppo smartphones experiencing the annoying Android Auto screen issue will no longer have to worry.

Google already announced a fix for the issue that Android Auto and Oppo smartphone users have been going through.

However, it is worth noting that the update is not within Android Auto. Instead, users will need to install the latest firmware for Oppo smartphones.

By doing that, the freezing or black screen while using Android Auto shall be gone like it never existed in the first place.

The Android Auto team also posted on the Google Support forum about the glitch with Oppo phone users, saying that "the team has implemented a fix for the issue in OS update C.68 and later versions."

That said, Oppo phone users are required to update their devices to the said OS version and beyond.

However, if the said solution still does not end the Android Auto glitch, the team invited users to let them know about the situation and their OS version.

How to Fix Android Auto: Fixes for General Issues

Here are some of the quick fixes for Android Auto issues in general that you might find handy whenever you stumble upon another glitch.

If you are experiencing an issue with the Android Auto, perform the first step of troubleshooting. Make sure that it is updated to the latest version, as per MakeUseOf.

To check if it is updated, go to the settings app on your Android Auto and smartphone. Then, select System and tap Advanced. And lastly, go to System Update.

Sometimes, the glitch might be a temporary issue. As such, another quick fix involves restarting your smartphone.

Hold the Power button on your phone until a menu pops up. Click the Restart option or Shut Down if the former is now available.

If these two quick fixes still do not work, it might not be a temporary glitch anymore.

Related Article: Android Auto Now A Phone App: You Don't Need To Buy That Expensive Car To Use It Anymore