Käärmann is the CEO of London-based fintech company Wise, formerly known as TransferWise, a company he started along with his good friend, Taavet Hinrikus. Get to know more about Kristo Käärmann and what led him to be one of the first two billionaires of Estonia. 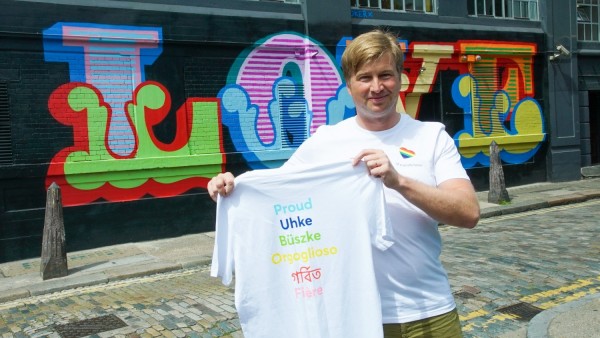 Kristo Käärmann, a native of Estonia, worked as a management consultant for Deloitte Consulting prior to co-founding Wise, according to an article by the World Bank.

At that time, per Wise's official website, Käärmann lived in London and was paid by the company in pounds. That might not seem like a problem for anyone else, but it was to Käärmann, who had a mortgage in euros back in Estonia.

A friend and fellow Estonian, Taavet Hinrikus, was working in London at that time as the first employee of communications app Skype. Despite living in the UK, Hinrikus found himself getting paid in euros.

Both Käärmann and Hinrikus disliked how expensive bank fees were and how bad exchange rates could get. The two friends then set out to find a way around it.

According to the Wise website, the pair made it a point to look up the real exchange rate on Reuters each month. Then, "Taavet put his euros into Kristo's Estonian bank account, and Kristo topped up Taavet's UK account with his pounds."

"Both got the currency they needed almost instantly, and neither paid an extra cent on bad exchange rates or unreasonable charges," the Wise website added.

The two friends figured that they probably were not the only ones experiencing that kind of a problem, and it inspired them to start a company initially known as TransferWise in 2011.

The Birth of TransferWise / Wise

According to its official website, Wise refers to itself, in a nutshell, as "the cheap, fast way to send money abroad."

The company believes that sending money across borders should be low-cost and fair, easy, and fast. Per a profile done by Forbes on Kristo Käärmann, Wise counts Virgin Galactic founder Richard Branson and Peter Thiel as two of their early investors.

According to Wise, "Over 10 million people now trust us to move more than £5 billion every month, which saves them £3 million in bank fees every day."

Related Article: What to Look For in the Best Money Transfer App?

The Two First Billionaires in Estonia

A CEO and co-founder of Wise, Kristo Käärmann became one of the two first billionaires of Estonia when the company debuted on the London Stock Exchange last July. The other billionaire, needless to say, is Taavet Hinrikus.

According to a separate article by Forbes, "With prices set at $11 (£8) per share through a direct-listing auction process, Kristo Käärmann's nearly 18.8% stake in Wise gives him an estimated net worth of $2 billion, making him the first Estonian to reach the billion-dollar threshold on the Forbes list."

His Forbes profile states that, as of writing, Kristo Käärmann's real-time net worth is at $2.8 billion.

Also Read: Competition Heating Up in the Multi-Currency Account Space

What to Look For in the Best Money Transfer App?

Skype For Web Is Now Just As Good As The App, But There’s A Huge Catch