"Hanako: Honor & Blade," an immersive online samurai multiplayer game, is now on Steam for PC. The game is a passion project of an indie developer called +Mpact Games.

The game, which is set in Feudal Japan, was in development for 14 years and was created in honor of the mother of the game's team leader who passed away after a brave fight against breast cancer.

"Hanako: Honor & Blade," an immersive online samurai multiplayer game set in Feudal Japan, has been launched on Steam for PC. It is the latest addition to samurai-themed games, which include the likes of Koei Tecmo's "Samurai Warrior 5."

"Hanako: Honor & Blade" has been in development for 14 years and is self-published by its developer, +Mpact Games.

According to the "Hanako: Honor & Blade" website, the online multiplayer game "takes players online for an immersive experience in Feudal Japan." Players choose between four distinct clans in the game, and each player must help their clan win against opponents throughout the campaign.

Related Article: Watch a Samurai Slice A 100 Mph Baseball In Half 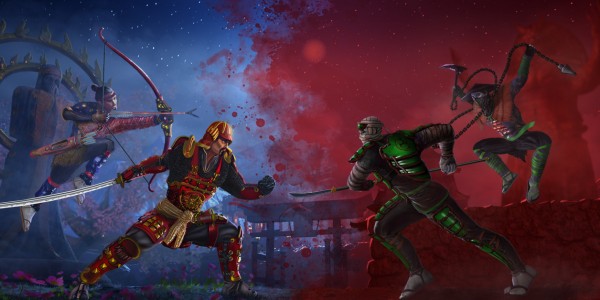 The game "takes players online for immersive battles in a beautiful recreation of Feudal Japan between up to 24 players," according to the press release for "Hanako: Honor & Blade."

Each player gets to pick between four different warrior classes in the game: the capable swordsman, powerful spearman, eagle-eyed archer, or nimble ninja. Each of these four warrior classes have their own skills, build options, and abilities.

The aim of the players is to beat opponents through different game modes and maps. Each level of "Hanako: Honor & Blade" has its unique challenges and mechanics that will need strategy and teamwork among players to beat.

The Symbolism of the Game

Matt Canei, the team leader of "Hanako," started the project of creating a video game in honor of his mother, Janie, who passed away after a long, hard-fought battle with breast cancer. Canei co-founded +Mpact Games during his free time and developed what turned out to be "Hanako: Honor & Blade" for 14 years.

According to the game's press release, this online samurai multiplayer game symbolizes "the battle between life and death, as embodied by the game's two warrior clans."

"We created Hanako: Honor & Blade to help us cope with the loss of loved ones through cathartic samurai multiplayer combat representing life and destruction," said Matt Canei, Team Lead at +Mpact Games, as quoted in the press release.

Canei added that he knows that his mom would be proud. He also thanks everyone in the community for sharing the journey with him and his team.

"I wish all of you strength in your battles-in the game and in life," he said.

Also Read: ONE Shogun's Ninja and Samurai NFTs to go on Public Sale on Sept. 17, NFT Game to Follow

Watch Samurai Slice A 100 Mph Baseball In Half

ONE Shogun's Ninja and Samurai NFTs to go on Public Sale on Sept. 17, NFT Game to Follow