Prosthetic limbs have come a really long way from being peg legs, hooks, and whatnot. The most advanced ones right now are often imbued with advanced robotics, which offer far more function and a better way of adjusting to daily life for amputees. 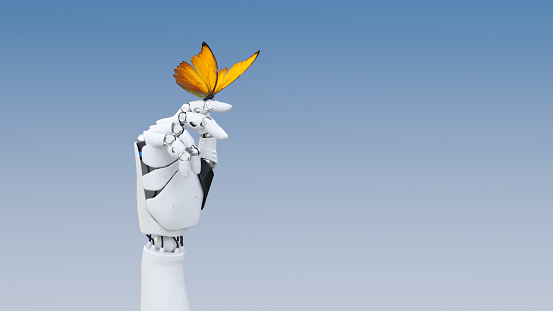 Despite the technological advancements, however, most of these prosthetic limbs lack one crucial thing: they don't feel right.

See, the thing about real limbs is that you can feel them move and they have the sensation of touch.

But with this one bionic arm, though, that might be a thing of the past.

Prosthetic Arm That Can 'Feel': Who Built It, How It Works

A team of researchers from the Laboratory for Bionic Integration at Cleveland Clinic built the prosthetic arm and hand, reported CNET.

According to Paul Marasco, the lead author on the study for the bionic arm, they built the prosthetic as a hybrid of realistic skin tones and metal.

The primary movement function of the prosthetic is achieved by translating information coming to and from the brain using tiny robots. These bots are around half the size of a matchbox, but they're powerful enough to turn thoughts into action. 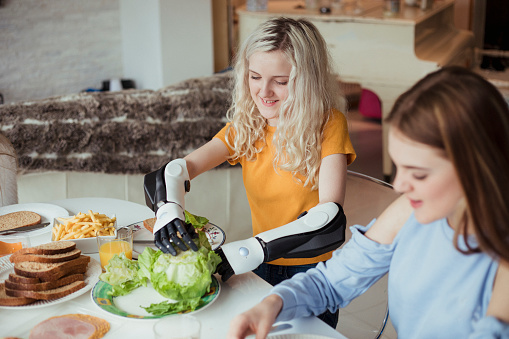 Now, about the "feeling" part. Aside from allowing amputees' brains to make the bionic arm move, its design also simultaneously contacts the brain. This allows the prosthetic to deliver specific sensations, which are linked to any intended action.

Read also: Look: Gamer Without Right Hand Gets a 'Metal Gear Solid Bionic' Arm, Thanks to Konami and Open Bionics

How It Improves On Traditional Prosthetic Limbs

The "feeling" part of the Cleveland Clinic's bionic arm goes far beyond just identifying different sensations of touch. It also allows amputees to actually react on reflexes, which is completely non-existent in traditional prosthetic limbs.

Here's how that works: humans rely on reflexes every single day, even if they don't consciously think of it.

A good example is picking up a cup of coffee. Your hand automatically holds the cup with the perfect amount of firmness, then lets go of it at the perfect time when you want to put it down, so the coffee won't spill.

That's thanks to your reflexes, which occur without actual conscious input. 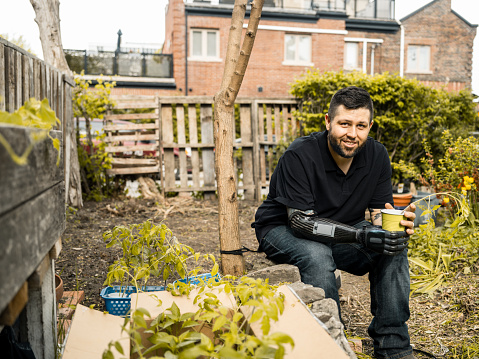 You can call this phenomenon "tactile feedback," which is critical to getting the experience of a real-life limb, as per ACS Information Age.

The end result is something quite amazing: amputees can now use their prosthetic robot limbs without intently focusing on it, allowing them to regain their reflex actions from before getting amputated.

Science fiction often gives us characters who have prosthetic robotic limbs that seem to move, work, and feel like actual limbs to them.

In fact, another group of researchers, this time from the University of Utah, also developed their own version of this kind of bionic arm, which they call a "Luke Arm" (an obvious ode to the iconic "Star Wars" character Luke Skywalker).

According to the Hackster report, this arm works much like the Cleveland Clinic bionic arm by letting amputees "feel" movement and have a sensation of touch.

So, does this mean that science fiction is now coming true? Perhaps.

Who knows, maybe the future advancements in robotics would allow the development of substantially better prosthetic limbs. Specific types of amputees such as musicians, for one, who require an insane amount of dexterity, would definitely benefit from this kind of tech.

Related: This Electronic Skin Can Help Amputees Sense Temperature And Pressure On Their Prosthetic Limbs

Look: Gamer Without Right Hand Gets a 'Metal Gear Solid Bionic' Arm, Thanks to Konami and Open Bionics