Crypto Wallet Reactivates After 9 Years—Value Increases from $8,000 to $26M

A crypto Bitcoin wallet suddenly reactivated after a long nine years of hiatus. 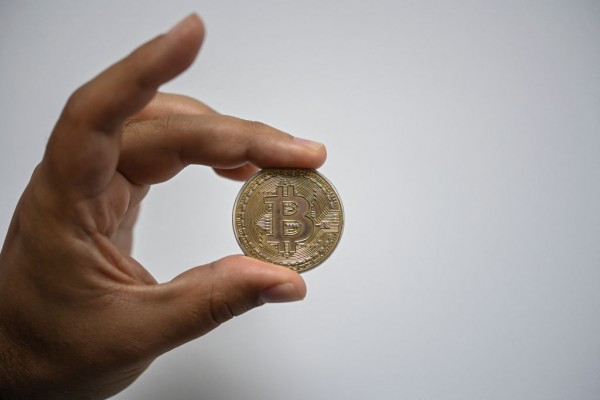 (Photo : by YURI CORTEZ/AFP via Getty Images)
A man shows a souvenir coin depicting a bitcoin in Caracas on September 17, 2021. - According to a study by several universities, 96% of the population lives in poverty so video games that involve non-fungible tokens (NFTs) have unleashed a boom among the population that dreams with having a plant (Plant Vs Undead) that allows them to earn a bitcoin to get out of poverty.

It is worth noting that there are numerous crypto wallets specifically containing Bitcoins that have been dormant for five years and even beyond.

According to BitInfoCharts, one of the inactive Bitcoin addresses even carries 80,000 BTC inside it, which is worth more than $3 billion if converted to the current value of exchange rates.

These long-term Bitcoin wallet owners reportedly comprise about one-third of the total supply of the top cryptocurrency, which is limited to 21 million coins.

As per The Independent, the crypto wallet's value has already surged to more than an impressive 800,000% since it went into an inactive state nearly a decade ago.

To be exact, the Bitcoin wallet contained a total of 616 Bitcoin, which during the last time that it was accessed was only valued at $8,000.

However, after 5 years of "hodling," or holding the cryptocurrency, it has now grown into a multi-million dollar asset of $26 million.

It is to note that although Bitcoin activities can be tracked through an online public blockchain ledger, the owner of the wallet remains anonymous.

As such, it will be impossible to find out who owns these multi-million dollar worth of addresses, unless the owners reveal it themselves.

But the owner of the account could be traceable when the fund holder decided to cash it out into a non-digital currency. However, while it remains inside the Bitcoin wallet, it is hard to identify the person behind it.

Due to its semi-anonymous design, it is unclear if the owner of the nine-year dormant account opened it or someone else cracked the password of the inactive wallet.

The said crypto wallet with a billion-dollar worth of Bitcoin has been going around among hackers that attempt to open the encrypted wallet by guessing its password.

After the fame of the digital wallet, the account was reactivated after five years. But it is unclear if hackers were able to crack it open, or the owner decided to keep his Bitcoin safe from intruders.

Read Also: El Salvador Will Make Bitcoin a Currency On Sept. 7, Making it the First Country to Do So

Aside from the still dormant wallet with a cool 80,000 BTC or $3.3 billion, other inactive addresses also carry hefty amounts of crypto.

Here are some of the top five in value.

The second on the list has been dormant for five years and has 53,000 BTC inside it.

Meanwhile, the third on the top dormant accounts boast a 31,000 Bitcoin portfolio, whereas the fourth runner-up contains 28,000 BTC.

And lastly, the fifth on the list is a Bitcoin wallet that carries almost 11,000 BTC inside.

Related Article: Man Tracks Down 2 UK Suspects 3 Years After They Steal His Bitcoin Worth $750,000