The AI software is known as Paige Prostate and was developed by a digital pathology diagnostic company called Paige.

The software analyzes biopsy slides and is able to identify areas that should be looked to even more by the pathologist.

An AI software known as Paige Prostate has received marketing authorization from the FDA. The software, which can help detect prostate cancer, was developed by Paige, a digital pathology diagnostic company.

"Today, the U.S. Food and Drug Administration authorized marketing of software to assist medical professionals who examine body tissues (pathologists) in the detection of areas that are suspicious for cancer as an adjunct (supplement) to the review of digitally-scanned slide images from prostate biopsies (tissue removed from the body)," The press release of the FDA reads.

The FDA describes Paige Prostate as "the first artificial intelligence (AI)-based software designed to identify an area of interest on the prostate biopsy image with the highest likelihood of harboring cancer so it can be reviewed further by the pathologist if the area of concern has not been identified on initial review."

According to a report by MobiHealthNews, what Paige Prostate does is it studies biopsy slides and identifies potentially cancerous areas. Per the report, the marketing authorization granted to Paige Prostate is based on a study that involved 527 prostate biopsy slides that were examined by 16 pathologists.

The AI software helped pathologists correctly identify cancerous areas on biopsy slides by 7.3%. It also decreased the false-negative and false-positive diagnoses of the participating pathologists by 70% and 24%, respectively.

What is Prostate Cancer? 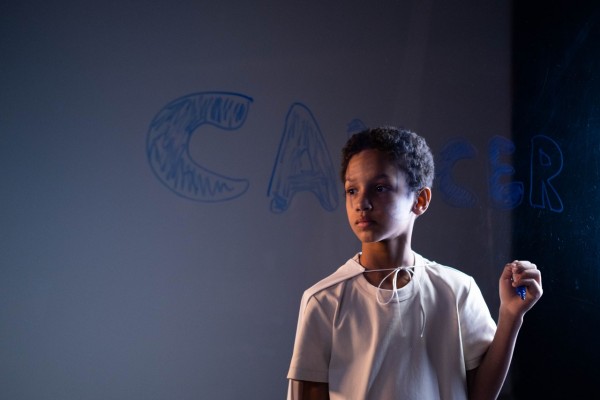 Prostate cancer is defined by the Mayo Clinic simply as "cancer that occurs in the prostate." Considered one of the most common types of cancer, prostate cancer has the following symptoms:

According to Mayo Clinic, what causes prostate cancer is currently not known but early detection will give the patient the "best chance for a successful treatment."

Related Article: How Do You Spot Prostate Cancer Early On?

AI is increasingly being used to help screen and detect different health problems.

An example of this is the AI MRI screening tool for dementia that is currently being used by a hospital in Singapore. The screening tool has allowed the hospital, named Farrer Park Hospital, to offer an enhanced neuroimaging service to its patients with dementia.

Last year, an AI was invented that listens to coughs and sneezes in order to detect respiratory illnesses.

Also Read: Researchers Invented AI That Can Listen to Coughs and Sneezes To Detect How Many People Have Respiratory Illnesses in Public Spaces

How Do You Spot Prostate Cancer Early On?

Prostate Cancer: Symptoms, Diagnosis, Treatment, Stats, And Everything You Need To Know