William Shatner, the "Star Trek" icon who will be going to space for real thanks to Blue Origin, has partnered with StoryFile so that you can have a conversation with the actor powered by artificial intelligence (AI).

Shatner prerecorded video responses used in the two-way conversation platform. When you ask the video of William Shatner a question, the system chooses the right answer among the responses he prerecorded.

William Shatner recently made headlines after it was announced that he would be one of four passengers of Blue Origin's second crewed flight. 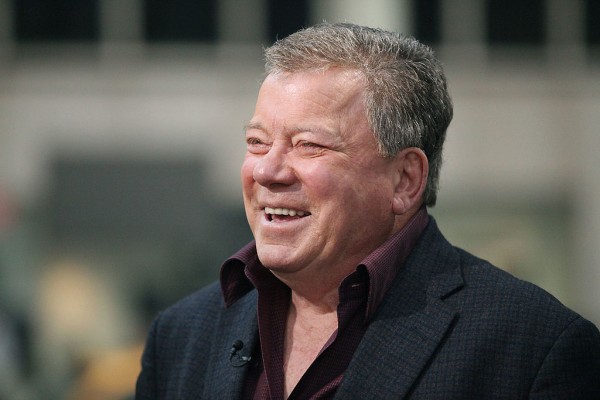 William Shatner, who is known for his role as Captain James T. Kirk in "Star Trek," has worked with StoryFile to bring people a different kind of experience. The interactive two-way conversation is powered by AI.

How exactly does it work? The first thing you have to do is head to the StoryFile website and look for William Shatner's video. Press the microphone icon and ask William Shatner a question.

According to a report by Space, the system then "swiftly selects an appropriate answer from the prerecorded options, providing the response in real time." Shatner recorded his responses in a span of four days. His responses cover a variety of topics that people might ask questions about.

StoryFile co-founder and CEO Heather Smith said in a statement quoted by Space that what people get to experience is "not an avatar, not a deep fake, but with the real William Shatner answering their questions about his life and work."

How It Became Possible

So how did StoryFile make it possible for you to have a real-time conversation with William Shatner? It is also thanks to software called Conversa.

According to the Space report, Conversa makes use of natural language processing, "which interprets text and spoken words in the same way people do."

The software is able to evaluate the question being asked and, based on its evaluation, select the appropriate response from the available options. Responses that the actor prerecorded include the ones that cover his personal life.

William Shatner to Go to Space For Real

William Shatner recently made headlines after it was revealed that the actor who played Captain Kirk on "Star Trek" will actually get a chance to head to space for real.

Shatner is one of the four passengers of Blue Origin's next crewed flight to space, which will launch on October 12. This will make the actor the oldest person to ever fly to space at 90 years of age.

'Star Trek's' William Shatner Will be the Oldest Person to Fly to Space: How to Watch