Jeff Bezos and Blue Origin's first crewed spaceflight is a success and it's prompted an announcement of more passenger flights this year. Two more spaceflights are planned for 2021. Both flights will accommodate paying passengers.

According to Blue Origins' Director for Astronaut and Orbital Sales Ariane Cornell as cited in a report by Space, "Sales are open, everybody!"

The next crewed flight could even happen as early as September, per Blue Origin CEO Robert Smith. 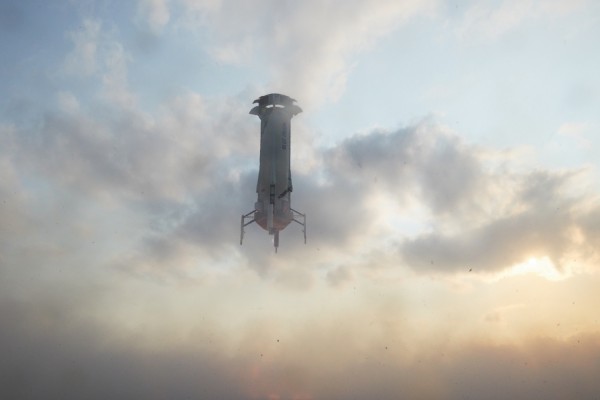 Jeff Bezos and Blue Origin have yet to announce prices for seats or any other details about the future spaceflights. Cornell has revealed, however, that she has been in talks with bidders who tried to win a seat in Blue Origin's maiden flight.

"Since the auction on June 12, I've had the good pleasure of speaking on the phone with many of the participants from the auction, who now have been quickly filling up seats for the next several launches," Cornell said, as quoted by Space.

Customers have already signed up for the next few flights to be launched by the company, but Cornell added that there will be "many more to come in the future."

Interested customers can email astronauts@blueorigin.com for inquiries on how to purchase a ticket.

When New Shepard launched into space for the very first time, not only was it carrying Jeff Bezos, his brother Mark, and "Mercury 13" aviator Wally Funk. It also counted an 18-year-old teen as one of its first passengers.

Oliver Daemen became New Shepard's first paying passenger after the original winning bidder chose not to fly to space due to scheduling conflicts. The winning bidder paid $28 million for a seat and will be put on a different flight.

The 18-year-old is the son of Somerset Capital Partners founder Joes Daemen, who was a runner-up bidder for the seat. According to the report by Space, Oliver Daemen was supposed to be on the next scheduled spaceflight, but was moved to the New Shepard's maiden trip instead. 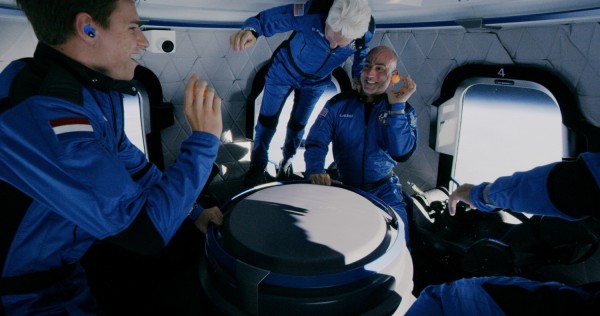 Much has been said about the passengers of Jeff Bezos and Blue Origin's first flight, which lasted 10 minutes and 10 seconds according to the company's Twitter. Now, details of what other objects have made it to space have also emerged. A pack of Skittles is apparently one of them.

Video recording of the successful spaceflight showed its passengers tossing around small orange balls and trying to catch floating Skittles with their mouth, according to a separate report by Space.

The goggles are the same pair Earhart wore when she became the first woman to fly across the Atlantic on her own. The famed pilot left her goggles behind when she disappeared in 1937.

"You can see she put tape over them to make less light come in because it was so bright all day and she was flying for so long," Bezos said of the goggles.

Also Read: Alleged Piece of Amelia Earhart's Plane Can Now be Tested to See If It's the Real Deal