Lenovo ThinkBook Plus leak included another screen, which serves as the second display, sitting beside the keyboard keys of the laptop. 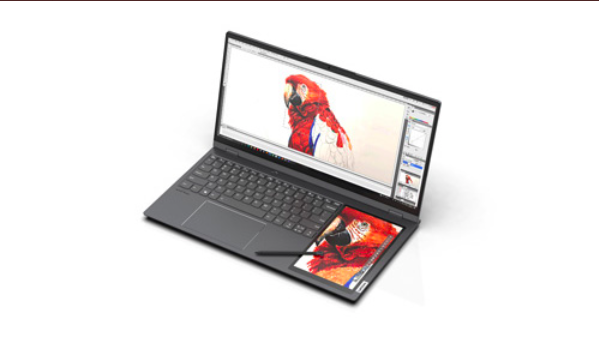 The latest image of the 17-inch ThinkBook Plus from a Twitter leaker has yet to be confirmed by Lenovo.

However, the tech giant previously announced during the CES last January that the ThinkBook Plus Gen 2 is slated to sport a 12-inch E-ink panel, which is found on its lid, as per the report by The Verge.

The news outlet further noted that Lenovo debuted its ThinkBook Plus lineup during the International CES last January 2020.

Meanwhile, it is worth noting that Apple similarly placed a touch screen panel along with the keyboard estate of their laptop for the previous versions of the MacBook Pro.

However, compared to the leaked photo of the Lenovo ThinkBook Plus, it was a thin display found on top of the keyboard of the MacBook Pro.

It is to note that the Cupertino giant decided to let go of its additional display on top of its keyboard with its latest MacBook Pro models.

On the other hand, Lenovo's rumored 17-inch ThinkBook Plus features a drawing pad-sized display just next to its keyboard.

The leaked photo also highly suggests that the additional display beside the keyboard and the trackpad are meant for artists who draw or scribble digitally, according to the report by Engadget. 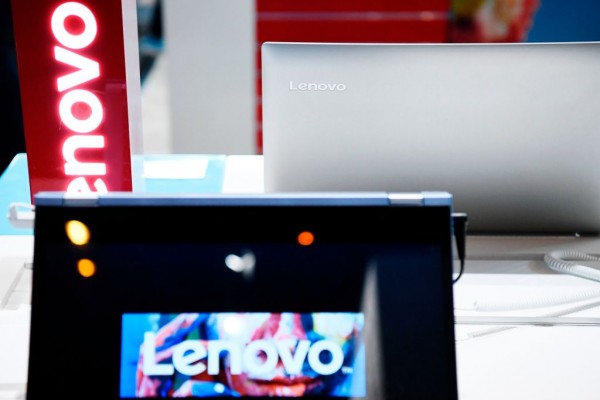 (Photo : by ALAIN JOCARD/AFP via Getty Images)
A logo of the Chinese multinational technology company, Lenovo is pictured on a screen of the Lenovo's exhibition stand during the Vivatec trade fair (Viva Technology), on May 24, 2018, in Paris.

On top of that, the second display could also be a welcome feature for those who are fond of note-taking as its users will no longer have to plug another device into it.

Not to mention that the additional screen not only supports a drawing pen or a stylus, but also packs a full-colored display.

The leaked image of the 17-inch ThinkBook Plus from Lenovo was posted by a prominent leaker of various tech consumer products that goes by the Twitter username @evleaks.

Have you guys seen this yet? 17-inch ThinkBook Plus from Lenovo... pic.twitter.com/OElc5ZM3pb

Aside from the impressive design of the rumored 17-inch ThinkBook Plus from Lenovo, the leaker, Blass, did not disclose any specs details.

However, Engadget still suggested in the same report that the ThinkBook Plus with its massive screen is likely to boast speedy internals to power up another display found near its keyboard.

The news outlet further noted that Lenovo usually shows off notable devices like the leaked ThinkBook Plus during the CES event.

That said, the laptop with an additional display is likely to see the light of day in the first week of January in time for the CES 2022.