Idiopathic pulmonary fibrosis (IPF) remains a progressive lung disease that involves scarring tissue in the organ. This condition would render the lungs incapable of transporting oxygen into the bloodstream. This commonly hits people whose age ranges from 50 to 70 years old.

Through the years, scientists have been experimenting with finding a cure for this disease. Some of them relied on a 2D cell culture platform to develop drugs, but it was not successful so far.

Recently, a group of researchers formulated a specialized 3D platform that will help them in the study of this lung disease. Here's how the model works and how it will aid the experts in finding the possible treatment for the incurable illness.

3D Cell Culturing in the Study of Lung Fibroblasts 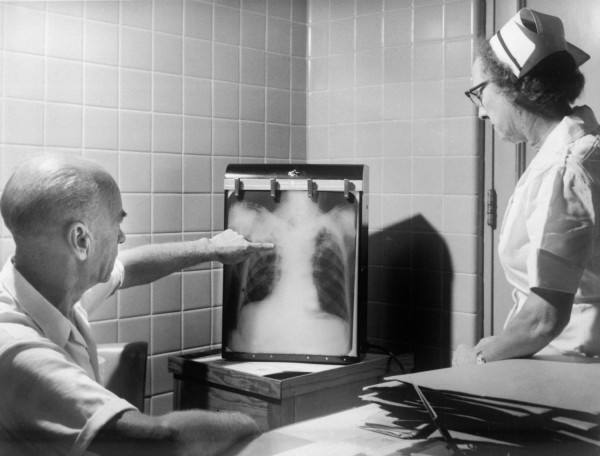 (Photo : CDC from Unsplash )
Researchers have developed a 3D cell platform to pave the way for the study of a deadly lung disease. Learn more about the idiopathic pulmonary fibrosis by clicking here.

Eurekalert reported that some scientists from the University of Minnesota-Twin Cities and Mayo Clinic have collaborated to develop a 3D cell culturing platform that will focus on studying the deadly lung disease.

According to the researchers, the platform would measure the behaviors of the cells and the significant changes happening within their micro-environment. These factors are important to detect how idiopathic pulmonary fibrosis progresses over time.

The platform's size is also suitable for drug screen purposes, according to the article.

Per Katherine Cummins, one of the study's co-authors, the patient who suffers from IPF usually dies from a lack of oxygen. In this case, some models and tools could help them identify what cells are affected. They could be the solutions to know the potential treatments for lung disease.

In the same news, the current IPF model is compared to the models used for the rodents. Unlike them, the latter cannot emulate the cell culture systems within an environment.

Scientists need a lot of functional output to carry out the study--that's why they prefer a convenient tool to tune.

According to David Wood, another researcher, the lab-on-a-chip platforms can be difficult to utilize. Moreover, he praised the usability of the existing 3D cell culturing platform.

Furthermore, the system relies on two functions: cell contractility and ECM remodeling. For that, several experiments have been demonstrated to quantify the key elements of fibrosis.

Through reproducing the results via patient-donate cells, the system could hint at a study of a "personalized medicine."

Technology Networks wrote in its report that the versatility of the 3D platform makes it a good model to study other diseases as well. Previously, the researchers have applied it to the study of liver toxicity and other solid organ systems covering metastasis and cancer progression.

A few years ago, Tech Times reported that pulmonary fibrosis was the culprit behind the death of some dentists. At the time of the report, the experts did not identify the cause.

The report indicated that occupational exposures could be connected to a serious lung illness.

In another report, Cleerly launched an AI-powered technology for heart attack prevention. With this development, the company could now detect the early symptoms of the disease before it happens.