Apple is now offering the macOS 12.1 Monterey's fourth beta available to developers and for the public's beta trial software for download, having the latest operating system to try all that is new to the platform. There would be a lot of beta releases for Apple in its new operating systems for the Mac and iOS, before settling into its final public release, as well as the new OS coming to the public. 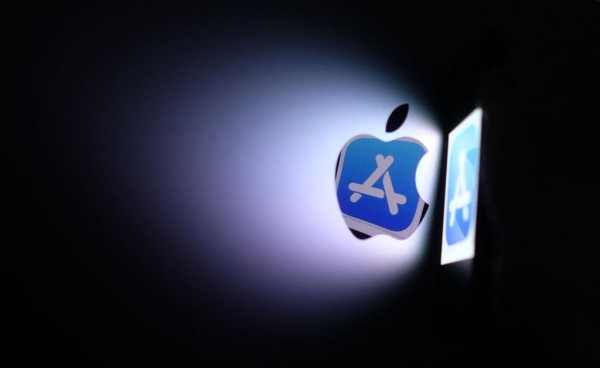 (Photo : CHRIS DELMAS/AFP via Getty Images)
This illustration photo shows the Apple app store logo reflected from an iPhone onto the back of an iMac in Los Angeles, August 26, 2021. - Apple has agreed to loosen payment restrictions on its App Store, a major change announced in a settlement with small developers as the US technology giant faces growing scrutiny and legal challenges over its tightly controlled online marketplace. The change will allow small developers to inform their customers of alternative payment options beyond the official App Store.

The new macOS 12.1 Monterey is bringing its new features to be tried and experienced by the public, mostly focusing on its fourth beta that is available for both the public and developers. The new beta is bringing the anticipated "SharePlay" to the public, meaning that content from Apple TV, streams, Apple Music, and more can be shared via FaceTime.

The integration of SharePlay for the macOS 12 and Mac devices is massive because it is the last platform or lineup of devices that have not yet included the availability to share streams or receive shared ones. The other Apple platforms like the iOS and iPadOS already have SharePlay, something that has been promised by Cupertino for its Mac.

Read Also: Apple Up 3% Despite Fear of COVID-19 Omicron While Other Tech Giant Stocks Fall

The Apple macOS 12.1 is available on the beta website of Apple, which would then redirect people to the built-in App Store app in the current macOS. People with Intel Mac are also eligible for this, but there has been an issue that has caused bricking due to the change to Monterey, with Apple saying it is resolved and will help in fixing any problem it causes.

The first outing of the public beta of the macOS 12 Monterey was released last August, and it is already three months old, with Apple still releasing beta testing versions of it to the public. This has been a known practice of Apple for its latest releases of the operating systems on its machines, focusing more on improving it for users and basing it on the feedback of the testers.

Nevertheless, it remains a good software to be used by many, focusing on the macOS and its highlight on privacy and bringing a software that is intended to work on Apple devices only. The exclusivity of Apple makes it a good OS, especially as it focuses on its product and its improvement and integration only on the Mac devices.

The Monterey is a young operating system that is following the pattern of Big Sur regarding its availability to the public, with beta releases once in a while and having it bring out its features in its numerous updates.

Related Article: Apple macOS Monterey: Flaws with T2 Chips Now See Fix, But You May Need to Have it Serviced