The Hubble Space Telescope has snapped yet another photo of a spiral galaxy. The spiral galaxy that Hubble photographed is the Mrk (Markarian) 1337. The galaxy is located around 120 million light-years away from our planet.

The photo is part of an effort to learn more about how the universe is expanding. The effort is led by physics and astronomy professor Adam Reiss, who won the Nobel Laureate in 2011 for showing that the universe is accelerating as it expands.

The Hubble Space Telescope is known to photograph different galaxies in its 31 years of service. The space telescope has taken photos of elliptical, spiral, and even irregular galaxies through the years. 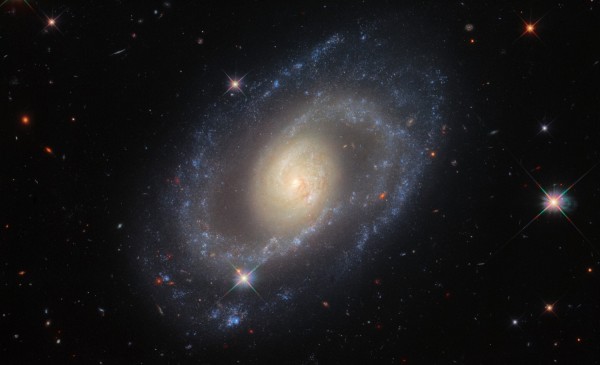 The Hubble Space Telescope has taken a new photo of yet another spiral galaxy. The spiral galaxy in question is the Mrk 1337, which is located some 120 million light-years away from Earth. It is located in the constellation Virgo.

The European Space Agency (ESA) describes the Mrk 1337 as "a weakly barred spiral galaxy, which as the name suggests means that the spiral arms radiate from a central bar of gas and stars."

According to a report by Space, ultraviolet and infrared wavelengths have been prioritized by the space telescope in this image.

How the Universe is Expanding

While the Hubble Space Telescope regularly photographs galaxies, the photo it took of the Mrk 1337 is actually "part of a campaign to figure out how fast the universe is expanding," per the report by Space.

The campaign is led by a professor of physics and astronomy at The Johns Hopkins University, Adam Riess. Riess won the Nobel Laureate in physics in 2011 after showing that the universe is also accelerating as it expands.

Riess previously said that the rate of acceleration should be refined because the universe is actually expanding faster that scientists expected.

The Hubble was key to the Nobel Laureate, according to Space, which "it's no surprise that astronomers are once again turning to it as they seek to refine the rate."

Related Article: Universe Might Not Be Expanding the Same Way in All Directions, New Study Suggests 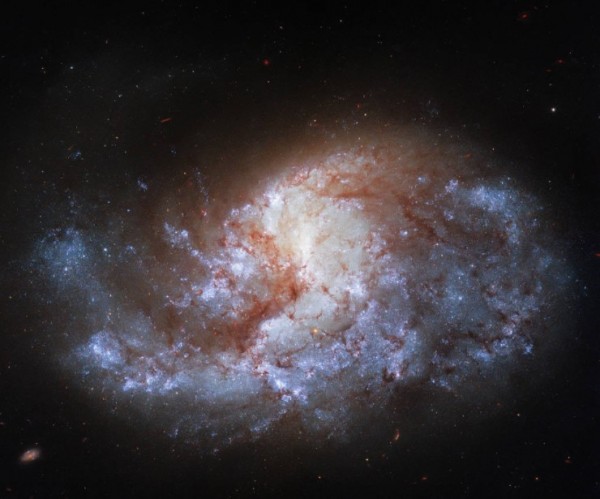 The Mrk 1337 is just one of the numerous galaxies that the Hubble Space Telescope has photographed in its 31 years of service.

The space telescope has photographed a number of other spiral galaxies through the years, including the NGC 1385, NGC 5037, and NGC 1385. 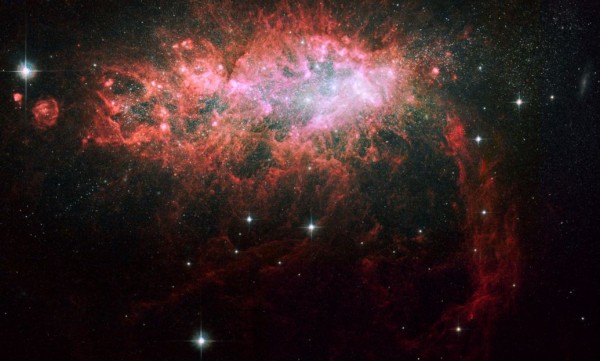 It has also taken photos of other types of galaxies, including irregular galaxies. Irregular galaxies are harder to spot as astronomers have to look deeper into the universe to find them. Examples of irregular galaxies that have been photographed by the Hubble Space Telescope include the NGC 1569, NGC 5408, and NGC 4449.

Read Also: IN PHOTOS: The Different Galaxies the Hubble Space Telescope Has Taken Photos of in the Last 3 Decades

Universe Might Not Be Expanding the Same Way in All Directions, New Study Suggests