"The Matrix Awakens" released a teaser trailer earlier today, and a lot of people have not expected the release of this interactive tech demo experience for the PS5 and Xbox Series X. The game features an "Unreal Engine 5" experience and has been made and developed by Epic Games, soon released to the public as the hype for the movie franchise rises.

"The Matrix Awakens" has revealed its teaser trailer on YouTube earlier today, and it shows an insight of what the Unreal Engine 5 experience would look like, as co-developed and to be published by Epic Games. The trailer shows an animated Keanu Reeves, reprising his role as the "Chosen One" of the Matrix, Neo, which was his character from the movie released 22 years ago.

The experience is available now for preorders and downloads for the PlayStation 5 and Xbox Series S and X platforms, before its actual release date on The Game Awards on Thursday, December 9.

Epic Games and Unreal Engine is working on this "interactive tech demo" experience that would give an insight into The Matrix, but has not clarified if it would resort to being a "metaverse."

The Matrix Awakens: What is The Game All About?

Unreal has regarded the title to be an "Unreal Engine 5" experience, so this means that it would be more of an open world or sandbox title, and not as an action-adventure or thriller third-person. For now, there are not many details in the game, but the one-liner question of Reeves' character asked "How do we know what is real?" 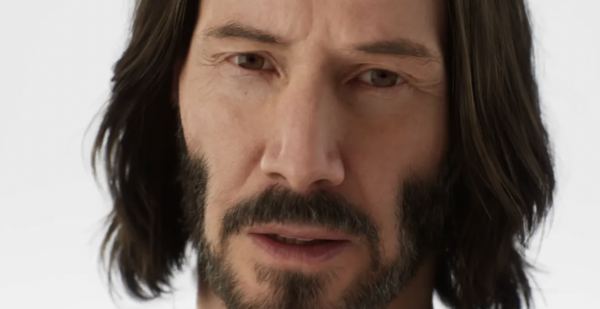 The Matrix: Is It The Metaverse?

"The Matrix's" movie franchise heavily borders on a world where people live in simulations or a computer program where they are put into sleep and given a life in the so-called "regular world." The focus of "The Matrix" is somewhat reflecting that of the modern-day metaverse which is a massive topic now, as companies are racing to get the first augmented world up and running.

It was regarded that the Metaverse would soon be the next big thing after the internet and social media, as it would let people have a new life on the platform, with their choices and preferences in whatever they want to be. And while "The Matrix" is a movie franchise about the metaverse, its game and unreal engine 5 experience would be something of a taste of a virtual world.

Not much was revealed regarding the game's teaser trailer but one thing is for sure, and that is it would heavily border on the themes and elements that are present in the popular franchise of the early 2000s. For now, people have to await the announcement of Epic Games, a close revelation coming by this early December for all gamers and fans.

Related Article: RFOX: A Global Metaverse Company To Watch Out For-Check Out Why You Should Invest