An NFT seller has earned more than $1 million by selling non-fungible tokens in the past nine months. The metaverse trend is becoming popular for blockchain enthusiasts who want to spend money buying virtual assets.

While he has earned a lot from NFTs, how much did this 32-year-old spend on buying NFT art collections?

How this 32-Year-Old Began His NFT Journey 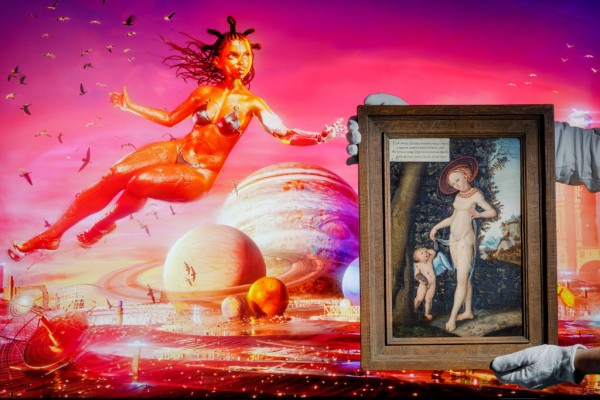 In a report written by CNBC, Amrit Pal Singh, 32, said that he has already spent 40 ETH in buying NFTs. At that time, it was equivalent to $125,000. The enthusiasts bought a lot of digital artworks so he could display them in the metaverse.

Singh began exploring NFTs in February 2021. In the first two months of discovering more about non-fungible tokens, the graphic designer told CNBC that there's a lot of potential in owning a virtual asset in the metaverse.

At around $9,300 or two ether, Singh managed to purchase a virtual land on ETH blockchain metaverse Cryptovoxels. This platform allows players to interact with others. They could also purchase their own plot and build it.

Singh decided to construct Toy Face Cafe, a 10x18 gallery that is inspired by his NFT collection. The ground floor of the land shows a lot of the arts that he has made before. The rest of the floor exhibits his own NFT art collections.

Singh's million-dollar earnings from NFTs have opened a lot of investment opportunities for him. He decided to invest some of them in NFT artists such as Prasad Bhat, Rachna Ravi, Tory Bryant, LIRONA, Anwesh Kumar Sahoo, Navneet Bawa, and Ankit Kapoor.

According to the NFT collector, some artists could collect hundreds to thousands of dollars just by selling their NFT art pieces.

Singh said that he acquired his favorite NFT piece from an art swap with another designer. He got the "Leaf" artwork of Gabriella Barouch in a quick trade. He added that he has invested in other NFT projects such as Robots, Doodles, CryptoToadz, and Cool Cats.

Although Singh believes that NFTs will thrive in the long run, he pointed out that it's still important to use money that you can only afford to let go of. According to him, some collectible projects are "quite risky" since he experienced some losses in the past.

The fact that Singh has spent thousands of dollars in NFTs proves that he trusts the longevity of the NFT technology. He said that what pushes the art revolution to last are the NFT artists behind the artworks.

In a separate story from The Art NewsPaper, Pace Verso sold Don Diablo and DRIFT NFT for a whopping price of $550,00 at Art Basel in Miami Beach.

You can also check Tech Times' previous report about "Along with the Gods" NFT Game which arrived along with PlayDApp's new P2E mechanics.