Samsung reveals that they will be rolling out 'human eye-like' camera sensors on new phones that will arrive in 2022. 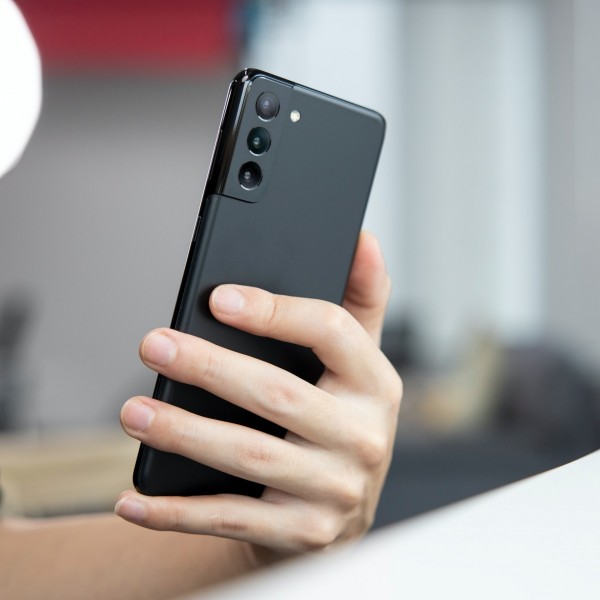 During the webinar, Samsung touted its camera sensor as the most 'human eye-like', with its ability to capture images with improved color accuracy alongside better brightness.

The camera sensor is expected to debut on Tecno-branded smartphones rolling out in 2022 but is also about to be available to other smartphone manufacturers.

But what exactly is Samsung's ISOCELL GWB camera and why is it considered the most 'human eye-like'?

Aside from the surface features that have been revealed, the ISOCELL GWB boasts a 64MP camera.

During the webinar, Samsung's ISOCELL GWB was revealed to be using an improved color filter pattern that includes white pixels. This new feature should allow Samsung phones to take better photos since capturing light will be further enhanced by the white pixels

Additionally, the 64MP sensor that will add a white-sub pixel to the RGB array will result in a revamped light sensitivity and better image quality in low light sceneries.

Because the light is more improved, with refined colors and higher megapixels, the camera sensor was designed to be similar to what the eyes see.

If recalled, mobile phone manufacturers like Huawei, Sony, OPPO, and Vivo have experimented with RGBW sensors in their different ways in the past. Some impressive results came out, with Huawei's flagship leading them all.

With this new release, Samsung will attempt to produce class-leading low light photos and enhanced color accuracy from its ISOCELL GWB that will be available on Samsung phones.

Will Samsung ISOCELL GWB Be On S22?

Many anticipate the question; is it going to be on Samsung phones, particularly on S22?

In previous reports, Samsung's Galaxy S22 is rumored to have a 108MP primary shooter for its camera, while standard S22 Plus models have at least 50MP main sensors. Meanwhile, the ISOCELL GWB only has a 64MP sensor.

Therefore, Samsung ISOCELL GWB, which is branded as having a 'human eye-like' sensor, won't fit the preliminary descriptions many anticipate for the camera setup of Galaxy S22.

With this, it's unlikely that the ISOCELL GWB will debut together with Samsung's new phone in February 2022.

Still, Samsung is yet to announce official details for the highly-anticipated Galaxy S22 series. It could surprise users with a 64MP ISOCELL GWB.

However, we'll be seeing how the 'human eye-like' camera will pan out in smartphones produced by Tecno expected to release by 2022, thanks to its partnership with Samsung.

Additional rumors also report that the ISOCELL GWB will be available to other manufacturers by 2022.

Related Article: Samsung Galaxy S22's To Have Brightest Screen? Other Rumored Upgrades You Must Look Out For