A Prostate Cancer Risk Test from 23andMe gets its awaited FDA Clearance to focus on its testing and availability to different places, especially as it focuses on the new mutation. According to researchers and 23andMe, a new mutation that puts men more at risk for the said cancer is available to see on the said test, helping experts understand more and prevent it. 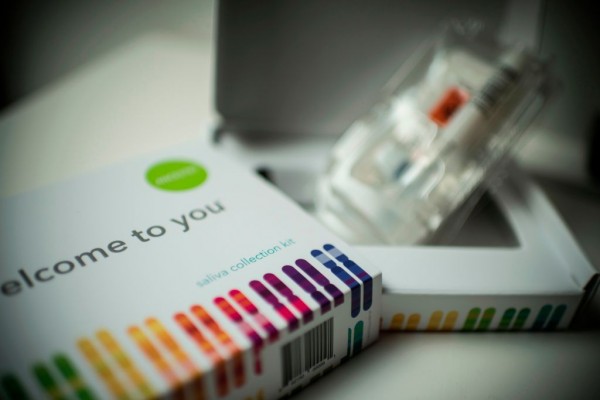 (Photo : ERIC BARADAT/AFP via Getty Images)
This illustration picture shows a saliva collection kit for DNA testing displayed in Washington DC on December 19, 2018. - Between 2015 and 2018, sales of DNA test kits boomed in the United States and allowed websites to build a critical mass of DNA profiles. The four DNA websites that offer match services -- Ancestry, 23andMe, Family Tree DNA, My Heritage -- today have so many users that it is rare for someone not to find at least one distant relative.

According to 23andMe's press release, the company applied for an FDA clearance for its Prostate Cancer Risk test, which will soon receive its license to use for subjects. The new risk test is the third that 23andMe already made for cancer diseases. It provides help for people to get to know alarming cases present in the body already.

A study made by 23andMe along with researchers entitled "Prevalence of the HOXB13 G84E germline mutation in British men and correlation with prostate cancer risk, tumour characteristics and clinical outcomes" talks about the new mutation.

The study focused on the HOXB13 gene, which saw the G84E mutation that causes thrice the risk of getting prostate cancer for men. European men are more susceptible to cancer as one in 70 people have the said mutation.

Prostate Cancer Mutations and the Studies Behind It

The risk test that 23andMe developed looks into hereditary prostate cancer and the phenomenon behind it. The press release by the company said that it would be available for people to use, and then have experts look at it for interpretations of the said test and determine the risk they have, from the present up to the future.

The famous Sunnyvale, California-based biotechnology company, 23andMe, brings one of the only endorsed direct-to-consumer distribution by the US Food and Drug Administration. The company is known for several availabilities of tests that help experts look into different health conditions possible existing or pre-existing in a person.

One of the most popular releases of 23andMe's advancements includes that of a Genetic Testing Kits that show the risks of the different conditions in a person's profile. The test shows the genetic risk of a person, with as many as 10 diseases that it can determine and show for people to learn more about, also allowing experts to look into specific fields.

Now, another testing kit from the company is available and it helps men know more of their condition, especially regarding their prostate which is one of the notorious killers of the gender. 23andMe does not stop with Prostate Cancer test kits as the company also has breast cancer and colorectal cancer risk tests that it has available.

Related Article: 23andMe Genetic Report Can Tell If You Are Likely To Develop Type 2 Diabetes