Howling winds and below frigid temperatures couldn’t stop New Yorkers and those abroad from traveling to the Big Apple for the 2015 NBA All-Star festivities this past Friday. Hoops fans were delighted as they got a chance to see their favorite players suit up to participate in an array of events including the Celebrity All-Star Game with stars like Mo’ne Davis and Kevin Hart duking it out, and the Splash Brothers going mano y mano for the 3-Point Championship. This year’s activities were fantastic to experience.

Samsung joined in on the action for a second straight year, returning to NBA All-Star with another installment of its popular Samsung Galaxy Experience. Taking place at the BBVA NBA House at Moynihan Station across Eighth Avenue in Manhattan, fans from around the globe all descended into the Big Apple to step into the shoes of their celebrated players and feel what it was like to be on the court during an actual NBA game.

How was this possible, you ask? VR pods, utilizing Samsung’s Milk VR service (and Oculus Rift) placed users in an immersive, 360 degree virtual world, all powered by the Galaxy Note 4.

"Virtual reality delivers an opportunity for us to explore new ways to bring fans even closer to the game," said Jeff Marsilio, NBA Vice President of Global Media Distribution, to Tech Times.

Those in attendance were also able to catch a few future Hall of Famers such as the Houston Rockets’ James Harden, the New Orleans Pelicans’ own Anthony Davis, and one half of the Splash Brothers, Klay Thompson.

As the hype and hoopla of the week’s merriment went on, the Samsung Galaxy Experience offered premiere access as the company highlighted its growing portfolio of products.

"With basketball enthusiasts in town from all over the world, we're very excited about the possibilities to deliver amazing vantage points and look forward to rolling out the content to our fans," Jeff Marsilio said.

The strength and function of the Galaxy Note 4 was on full display at NBA House, as fans were able to create customized opportunities for themselves and others throughout the day. Some chose to use their newfound superpowers to fill their bellies using the Samsung Galaxy Truck to consume tailor-made treats. While others decided to steep themselves into the NBA lifestyle by developing their own personalized basketball hoop.

If you weren’t there you certainly missed out on an opportunity to see what life is like for the world’s best NBA stars. The big game this past Sunday was merely the epicenter for an unforgettable fan experience in and around Brooklyn’s Barclays Center and Manhattan’s Madison Square Garden. From “Kids Court”, where children played games on the Samsung Galaxy Tab S to “Galaxy Gif”, an animated showcase for fans to show off their ball-handling skills, the Samsung Galaxy Experience, for the second year in a row, was a complete success.

Below, we have photos from the event for your perusal. 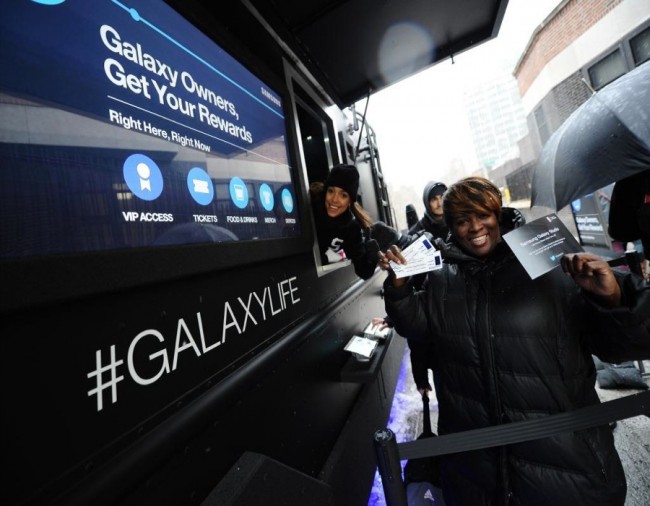 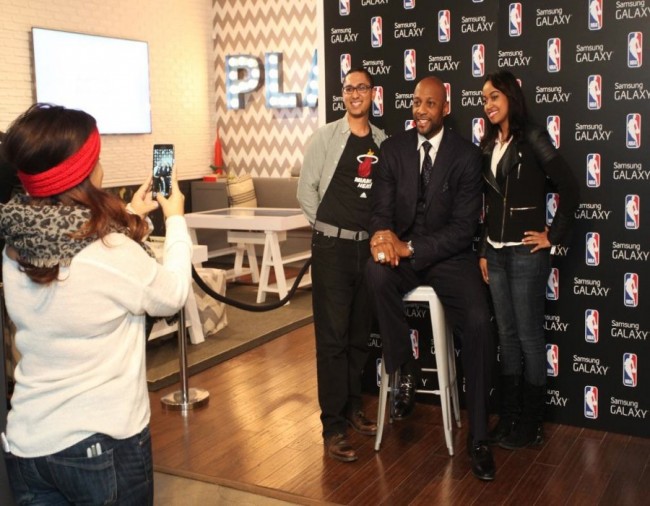 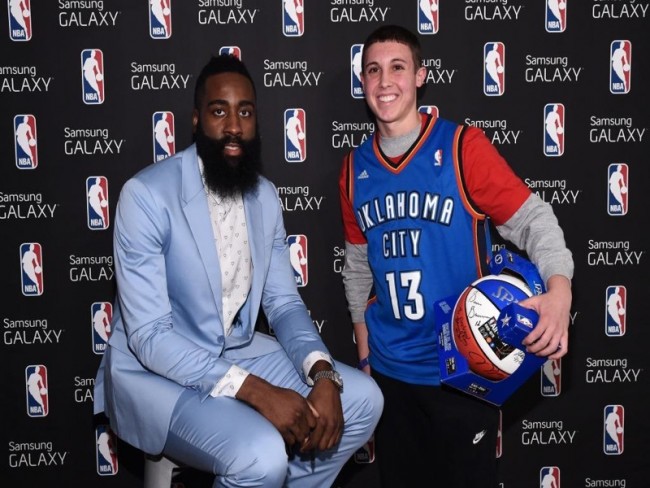 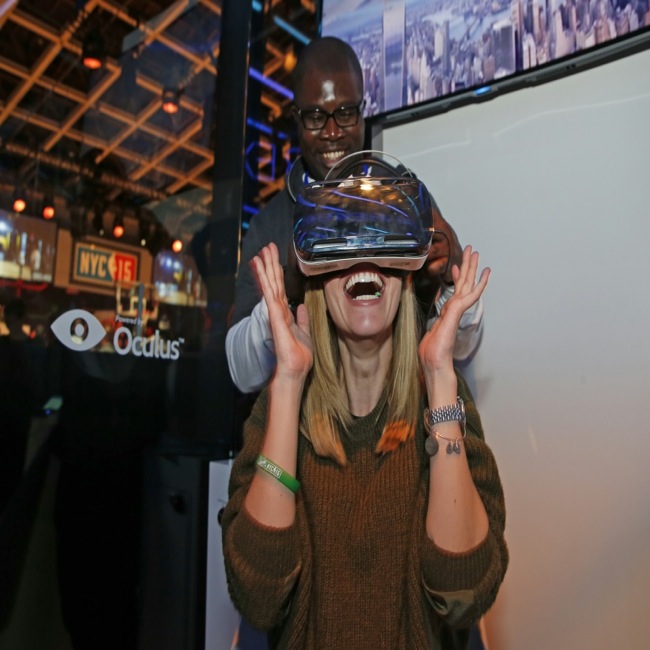 (Photo : Photo: PMK*BNC)
Engaging in the VR world is a patron who is trying the Oculus Rift enjoyably.

'NBA 2K15' face scanner isn't working for some, and it's creating hilarious results

Upcoming Samsung Galaxy Tab S2 Might Be iPad Air 2 Killer: What We Know So Far