How To Watch The Complete 'Fate' Anime Series In Chronological Order

The Summer Anime 2016 season is nearly upon us, and with it comes an assortment of follow-ups and sequels to many fan-favorite anime series such as Berserk (2016), Food Wars!: Shokugeki no Soma and Love Live! Sunshine.

One of the anime from the upcoming season that fits that mold is Fate/kaleid liner PRISMA☆ILLYA 3rei!!, the latest part in the long-running Fate series that all started with the Fate/stay night visual novel in 2004 (later adapted into an anime in 2006). The series has gained a huge fan base since then, and the series itself has grown to match it, spawning an assortment of manga, light novels, games, films, OVAs and, most important to this discussion, anime.

For those who caught on to the craze early on, the latest offering in the series won't be a hassle for them as they already know what's going on. However, those who are late to the party will undoubtedly find themselves utterly lost in what is a sea of sequels, spin-offs and side stories.

Fortunately, Fate/kaleid liner Prisma Illya is a spin-off to the main series and doesn't necessarily place anywhere chronologically on the overall timeline. However, many characters presented in the spin-off do appear in the main series, so it wouldn't hurt to know what they were like in the source material.

Before we start, it would be good to have a simple rundown of what Fate/stay night actually is — right? Well, here you go:

Fate/stay night is a Japanese visual novel developed by Type-Moon and was originally released on Windows in 2004. It follows the story of protagonist Shirou Emiya as he finds himself thrust into an event known as the Fifth Holy Grail War, which takes place 10 years after the events of Fate/Zero (a light novel published from 2006-2007).

The story itself is told three different ways through three different routes that branch off early on in the story but has an enforced playing order. Furthermore, each route has its own theme, building up on — and sometimes shattering — what you had taken as fact from an earlier route until the real conclusion to the story is reached in the final route.

Once you get into the Anime TV shows like Fate, there's no stopping. Netflix has tons of Anime shows to enjoy. However, there are plenty of other websites that offer HD quality latest and classic Anime shows. StreamingSites is the best platform to explore such websites. Streamingsites brings to you a massive list of movie streaming sites, anime sites, music apps, Sports, and more categories. You will find at least 30 Netflix alternatives to enjoy your favorite Anime and more than 400 overall entertainment sites.

So, now, without further ado, here is how you should watch the anime if you want to watch the series in chronological order: 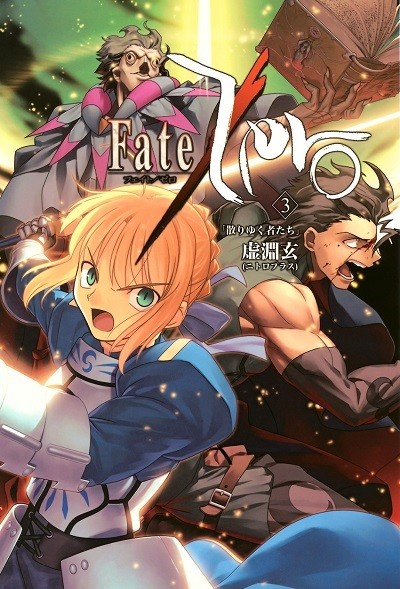 (Photo: Baka-Tsuki)
The cover for the third volume of Fate/Zero, the prequel to Fate/stay night.

This isn't the first entry of the series that was created, for, as was detailed earlier, both the original game and anime predate this by a considerable amount. However, Fate/Zero is the very first part of this story chronologically, depicting the events of the Fourth Holy Grail War. As such, it comes first. 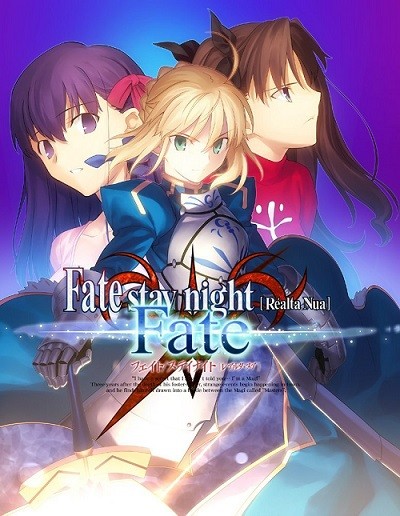 In all honesty, you should check out the visual novel as the anime adaptation didn't do a particularly good job at retelling the entire events of the story. In fact, it only covers the first route of the story, Fate, and introduces — but doesn't detail — other significant characters in the story, such as Rin, Sakura and Illya, instead opting to focus almost entirely on Shirou (who is underdeveloped in terms of character development because of the lack of the other two routes) and his servant, Rider. However, this entire list assumes that you can't — or won't — check out the visual novel.

Note: Before going any further, it should be noted that there is a bit of a debate about which of these two should be seen first from an entertainment perspective — as watching either anime beforehand is guaranteed to worsen the experience you have with the other. 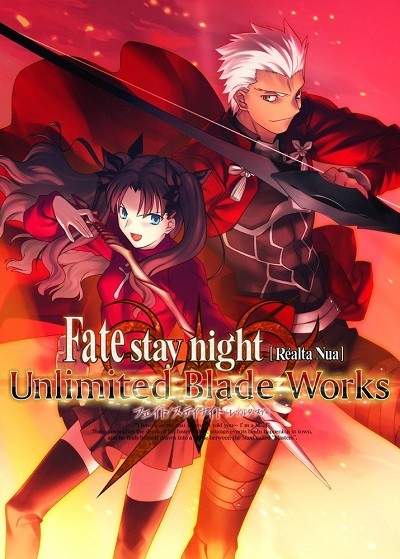 There is a film and an anime series of the same name, and even though they came out at different times, they both serve the same purpose — depicting the second route of the Fate/stay night visual novel Unlimited Blade Works. The route still has Shiro as the protagonist, but this time around, we get to learn more about Rin Tohsaka and her servant, Archer.

With that said, the main difference between the film and anime adaptation is time. Whereas the film is two hours long, the adaptation is a complete 26-episode series. Naturally, it's impossible for a two-hour film to appropriately capture the events of a 20-hour route, so unless you're strapped for time, then the anime series is the superior option to watch in nearly every possible way. 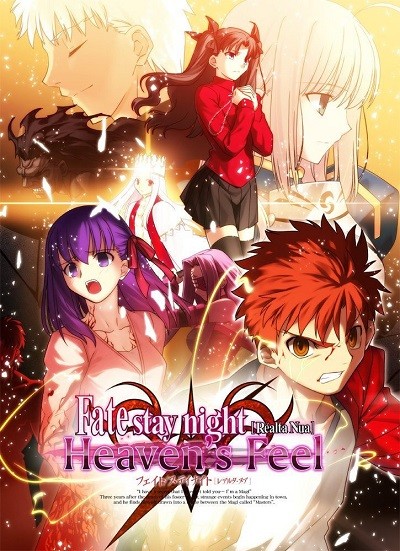 Apparently, learning from the shortcomings of the Unlimited Blade Works film, this will actually be a trilogy of films, with the first slated to arrive next year. These films will depict the third and final route of the Fate/stay night visual novel, Heaven's Feel. Once again, Shiro is the main character, but this route focuses heavily on Sakura Mato, and to a lesser degree, Illyasviel von Einzbern (who was supposed to have her own route, but it was canned and combined with this one because of time and monetary constraints).

Note: If you decided to go with the entertainment route mentioned after discussing Fate/stay night and Fate/Zero, then this is when you would watch the Fate/Zero adaptation. Of course, you don't necessarily have to wait until Heaven's Feel arrives in full, since that means you'll be missing out on the prequel for a year or two. 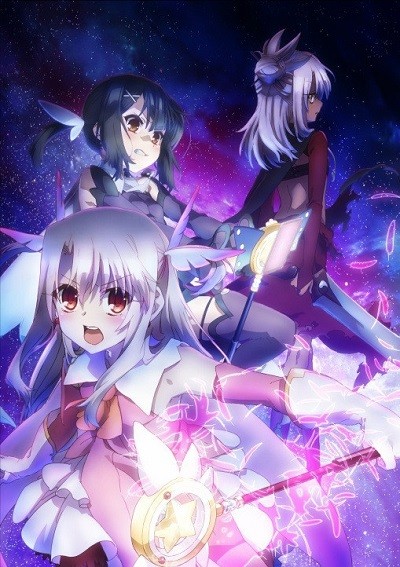 This is a spin-off of Fate/stay night where Illya becomes a magical girl tasked with collecting magical cards scattered throughout Fuyuki City. Because of this, it would stand to reason that this series could be viewed at any time, but Illya herself is an important character in the original story, so it wouldn't hurt to see her there first. Either way, this series (based off a still-running manga series that began serialization in 2007), is, like the manga, done in three parts, so there is plenty of material to watch/catch up on.

There it is — everything you need in order to catch up with the series and watch it chronologically. Of course, there are several other entries in the Fate series, such as Fate/Apocrypha, which takes place in an alternate universe, and Fate/hollow ataraxia, which takes place several months after the events of Fate/stay night, but neither those have been adapted into an anime, so they don't apply to this discussion.

At any rate, Fate/kaleid liner PRISMA☆ILLYA 3rei!! is slated to premiere on July 6, so prepare for some extreme binge-watching.

Mega Man Sure Looks Weird In His New Animated Series