Looking to Buy 'Plants vs. Zombies: Battle for Neighborville' Soon? Here Are Some Game Reviews You Shouldn't Miss

A new conflict between the brain-less and the botanicals just sprouted. PlayStation just released Plants vs. Zombies: Battle for Neighborville, a new edition to the familiar grass-kicking, action-packed shooting game. It's now available on PS4, Xbox One, and PC. The long-running game series has a third-person shooter format that can cater to young and old players. Developed by EA PopCap, Battle for Neighborville is more like Garden Warfare shying away from the main editions in the Plants vs. Zombies series that is more into a tower-defense type of gameplay. 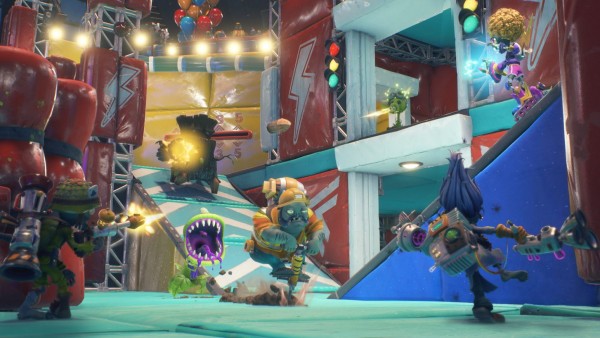 EA PopCap offered the Founders Edition of the game for $30 early September 2019, a cheaper price compared to its $40 standard price as of Oct. 18, official release date. This Founders Edition served as the beta test that helped the game developer polish the game, incorporate feedback, and have a more stable launch, according to its game director Rob Davidson, as reported by Engadget. Packed with additional costumes, a digital comic, and emojis, the Deluxe Edition of the game is also now available for $50.

Ready to throw in some bucks? Check out these game reviews first:

Horti writes that the Neighborville's roster showcases a lot, but the PvE campaign is dull and repetitive, and multiplayer maps can be chaotic. Nevertheless, it's ok because the redeeming factor is the game's cast of amusing zombie and plant personalities. The characters' abilities, as Horti writes, have a wide range—from snipers to healers—and it's satisfying, more than the game modes. He also says that the characters' personalities are more shown when they sprint, and it's possible now.

The follow-up to Garden Warfare 2 is one of the only family-friendly online shooters around, but has it bloomed into a worthwhile sequel? - GameCentral, Metro

GameCentral's review starts with a backgrounder on how Plants vs. Zombies as one of the blockbuster games ten years ago has experienced a quick fading away after EA got engaged with some controversy and it came to a point where the game was more remembered as the Garden Warfare spin-off series than the original game where it's more leaning on tower defense gameplay. The review also discusses how fascinating the characters are. GameCentral notes that the most interesting ones are the two defend types that have alternate forms. These characters, which can be manned by other players, can transform themselves into their other forms, giving an extra layer of fun. Then the review proceeds to mention Acorn as a useful scout, but when it transforms into Giant Oak, it conveniently becomes multiple turrets. On the other hand, the Space Cadet Zombie has the ability to team up with others so it can transform into a space station.

ⓒ 2021 TECHTIMES.com All rights reserved. Do not reproduce without permission.
Tags: Plants vs. Zombies EA Games Battle for Neighborville PS4
Most Popular