The long-awaited game from the legendary game developer, Hideo Kojima, is days away from its official launching. Fans have been gifted with a fantastic gift: a crossover between Death Stranding and Adult Swim's Rick and Morty, which is also airing its season 4 premiere this November.

The short clip only lasts 30 seconds, but it's filled with the familiar hilarity that Rick and Morty is well known for. 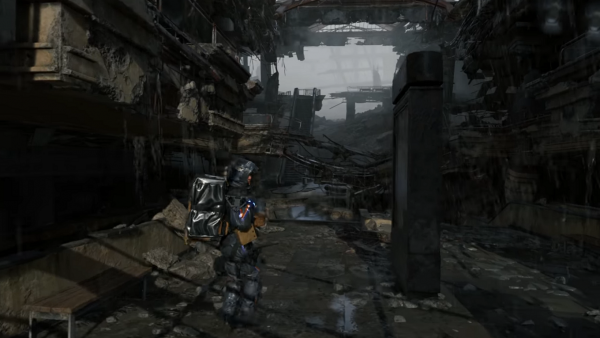 If you've been watching the animated series, you'd know that the smartest guy in the universe, Rick Sanchez, always drags his grandson on adventures across the universe. The ad practically starts like that, with the duo walking in the post-apocalyptic world surrounded by floating ghosts, with Morty explaining that they are in the Death Stranding.

Rick even mentioned Kojima, saying it was him who sent them on the mission to reconnect the fractured world and stop the Death Stranding.

While all looks like a typical Rick and Morty episode, Morty is wearing the signature uniform of Sam Bridges, the main character of Death Stranding played by Norman Reedus—complete with the baby in the pod, and the duo began thinking what the baby is for.

With that, Rick began thinking that the BB might be an upgrade and might make them "run faster or jump higher," and suggested that they eat it.

After that, the ad ends.

The Adult Swim show is no stranger to promoting other shows, as according to Screen Rant, they have worked with All Elite Wrestling for a Halloween promotion.

Additionally, Bleeding Cool also noted that the co-creator of Rick and Morty, Justin Roiland, is a massive gamer and even a game developer himself.

Both the Kojima Productions project and the Adult Swim series is coming this November and has been long awaited by their loyal fans, with Death Stranding finally coming out this November 8 for PS4 and the season 4 of Rick and Morty coming this week.

The Positive Reviews for Death Stranding

Several reviews for Death Stranding has already come out a week before its official launch, and gamers who have tested it out had praised Kojima's "signature style of storytelling," as noted from Comicbook.

Although initially thought as a PlayStation 4 exclusive, the game will also be released for PC and will come next year.

Meanwhile, fans of Rick and Morty are also awaiting season 4 after years of waiting.

Since the series has been granted 70 more episodes, we'll likely be seeing more episodes for this season, or there will be more seasons to come in the future.