Here's What the 'Avengers: Endgame' Deleted Scene Means and Why Disney+ Added It

By now, everyone would have seen the deleted Avengers: Endgame scene featuring Tony Stark (Robert Downey Jr.) and an older version of his daughter, Morgan (Katherine Langford), thanks to the special feature made available for Endgame on Disney+.

Disney+ was recently launched this November, and among its roster of Disney faves are the Avengers: Endgame, alongside other Marvel Cinematic Universe titles.

Endgame was supposed to launch on the video streaming service on Dec. 11. However, it was a happy surprise for the fans when it was launched together with Disney+, and it came with several other features, including the deleted scene. 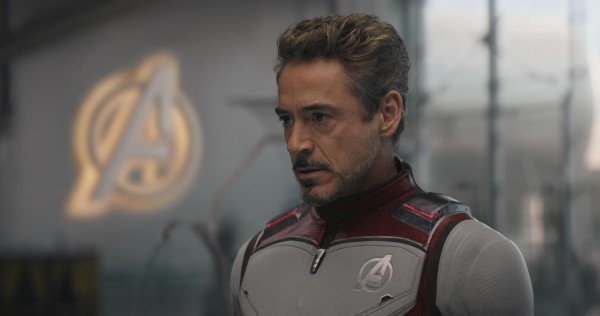 Apparently, it was released due to public demand, which Langford herself confirmed during her guesting on The Tonight Show Starring Jimmy Fallon while she was promoting her most recent film, Knives Out.

The 13 Reasons Why actress said, "It was literally out because people wanted to see it. Which is also really cool."

Katherine Langford was one of the actresses confirmed for the massive Avengers: Endgame film, with many speculating she would be introduced as one of the major characters for Marvel's Phase 4, but fans were a little disappointed to find out she didn't make it to the theatrical cut.

That was because the young actress played the role of Iron Man's daughter--an older version of Morgan, set in the Soulworld, right after the hero snapped his fingers to save the entire universe and get rid of Thanos and his crew.

During the scene, Tony Stark met an older Morgan and got to say his farewell to her, knowing she grew up with a good life and that he made the right choice.

The scene was supposed to replicate that of Thanos' experience when he snapped his fingers at the end of Avengers: Infinity War, where he saw a young Gamora in the Soulworld.

In fact, CinemaBlend reported that scriptwriters Stephen McFeely and Christopher Markus had also written a similar experience for Mark Ruffalo's The Hulk, where Bruce Banner spoke to his superhero alter ego when he used the Stones to snap back those that were dusted five years ago.

All the scenes would have tied the experiences anyone would have if they used all of the Infinity Stones together.

Why the Scene was Cut

According to Screen Rant, many Avengers fans believed it was cut out for a reason, with some saying it might cause confusion more than answers and may cause a plot hole involving the Infinity Stones.

The Russo brothers have also explained their decision before, saying they have tested it with an audience, and they seemed to have been confused with the scene, especially since fans didn't have the emotional attachment to an older Morgan Stark.

ALSO READ: 'The Mandalorian' Beats 'Stranger Things' as Top Streaming Show; When is the Next Episode Coming?

So, while it was a tough decision, they had to cut it out.

Regardless, people have now seen the scene, and it left fans teary-eyed, remembering the sacrifice of the well-beloved hero.

Meanwhile, MCU fans are getting ready for Marvel Phase 4.