The famous star and talk show host, Oprah Winfrey, fights for the right of the allegedly sexually abused women in the film industry as she became the executive producer of an untitled documentary that focused on a former music executive who accused Russel Simmons. It was about to premier on Apple TV + sometime this current year. 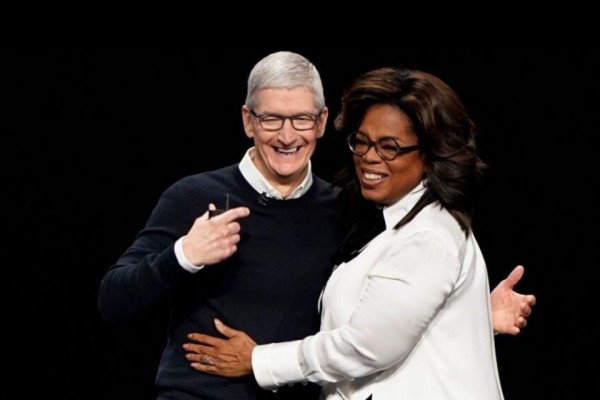 But just a month later since Apple announced its release, she told The Hollywood Reporter:

"I have decided that I will no longer be executive producer on The Untitled Kirby Dick and Amy documentary and it will not air on Apple TV."

As a background, Kirby Dick and Amy Ziering were the same producers and filmmakers behind 2015's "The Hunting Ground" which is a documentary film discussing the incidence of sexual assault on college campuses in the United States and the alleged failure of the administrators of the said colleges to address them and deal with the cases adequately. It premiered at the 2015 Sundance Film Festival. This film received a 92% positive reviews from critics in Rotten Tomatoes from 62 reviews.

So she is holding back the documentary. Does this mean that Oprah does no longer support the cause? Social Media netizens don't seem to be too supportive of this decision, though. One Twitter user states:

Oprah has no tweets regarding this issue so far as her latest tweet was about the WW2020 Vision Tour.

Oprah states though that this is not due to any circumstances that people think but rather just an internal problem with the production. She said that there are just some things about the documentary that they didn't agree on as it tends to happen in some cases. She said in this statement that there were just some creative elements about the film that she and the filmmakers did not agree on. Thus, she canceled the film or at least backed out.

"First and foremost, I want it to be known that I unequivocally believe and support the women. Their stories deserve to be told and heard. In my opinion, there is more work to be done on the film to illuminate the full scope of what the victims endured, and it has become clear that the filmmakers and I are not aligned in that creative vision. Kirby Dick and Amy Ziering are talented filmmakers. I have great respect for their mission but given the filmmakers' desire to premiere the film at the Sundance Film Festival before I believe it is complete, I feel it's best to step aside. I will be working with Time's Up to support the victims and those impacted by abuse and sexual harassment."

As per Oprah, she is not backing out from fighting for women's rights and for the sexually abused women but rather she just canceled the film because she felt it was not yet ready and complete per her standards even though it might allegedly receive good reception on the same timing that the filmmakers wanted to release it based on their track record.

Sources state that the status of the film is currently unclear, and it is possible that it can come out anyway because Apple allegedly still has ownership of the rights of the film. Time will tell what Apple will decide to do with it.

Oprah's documentary is not the first to be canceled from Apple TV+. This happened before with The Banker when it was pulled out from the AFI Festival just one week before it was set to be screened. At the time being, Apple's lips are sealed on the status of The Banker of when it might be aired.

This is all we have to share this news for the time being. If you haven't bookmarked the site yet, please do so for more Tech updates. What do you think of this issue? Do you agree with Oprah? Leave your thoughts down in the comments and share this article with your friends and ask them their opinion, especially if they are Oprah fans by using one of the social media share icons you see on the screen.