The Surge 2 Vs The Surge Review, New Weapons, Update, and More

The Surge 2 is a follow up from the previous game released in 2017. How was it? Since many players enjoyed the first Surge and sequels are allegedly a tricky business, let's find out what gamers have to say about the Surge 2. Does it hold up to the original? 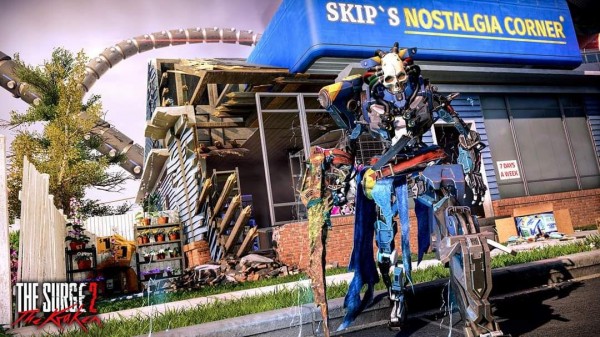 The Surge 2 takes place in the ruins of Jericho City which is the closest metropolis to the CREO complex from the first Surge game. After a mysterious plane crash that releases a torrent of semi-sentient machines called "Nanites" which left the city into a deserted no man's land. This game is available in PS4, Xbox One, and Microsoft Windows. It was developed by Deck 13.

"Explore Jericho City, a devastated post-apocalyptic urban zone where a mysterious blackout happened affecting all the people living there. With four different districts, each of them with their own unique level design, you will have plenty of places to discover. Fight your way through enemies, each of them with unique weapons, armors and abilities, while trying to figure out what happened and how you can escape."

The Surge 2  Playtime and Overall Graphics

One Reddit user says he took about 18 hours to clear his first play through. He played the game on his Xbox One X and says the graphics did not look great but not bad either. Allegedly the Frame rate did not hit 60fps consistently but it didn't hurt too much. He got 27 types of armor sets and about 65 weapons which he says were huge numbers than expected. Combat was really fun and the executions were very satisfying. New Parrying system was done well and made the game easier and fun.  He also though the map level designs were a level up to the first game. Although his major complaint was the boss design. He said that 5 bosses were just almost reskinned and reused. He gave it an 8.8 over 10.

"However, it's a world lacking in personality. The Surge 2 lacks the subtleties of level design and world building that elevates From Software's catalogue to masterpieces. But it's kind of fitting that a game so industrial in its theming eschews more artful qualities in favour of the mechanical. In its combat and the open character-and-crafting system around it, The Surge 2 attains a level of mastery right up there with the best action games. "

Gamesradar says that Surge 2 develops some interesting texture through its visual design. This games takes a large leap forward from its predecessor both in terms of visual fidelity and the ingenuity of its people, places and things. This game's strong point is its distinctive combat and progression in that you have the capability to target sections of the body, legs, head, arms or torso and once you damage it enough you can now utilize a finishing move to rip that section from the body. Successfully amputating body parts like this can earn you either a brand new weapon or a piece of armor for that body part or materials you can use for crafting to improve that type of gear.

The Surge 2 vs The Surge: How Does the New Version Hold up?

IGN states that The Surge 2 manages to recapture a lot of what made the original game fun including improving upon its already solid combat and gear variety in several meaningful ways. Its missteps however make the sequel an overall lesser game than its predecessor. Overly ambitious story choices rob it of the same level of satisfaction even with some smart mechanical improvements.

Overall our experts agree that The Surge 2 may not really live up to the original but it's still a fun game where you can chop enemies and robots while you craft new weapons to grind up to the next power bracket. Stay tuned for more game reviews!

ⓒ 2021 TECHTIMES.com All rights reserved. Do not reproduce without permission.
Tags: The Surge 2 Xbox Game Reviews
Most Popular