An Update released by Overcooked 2 on PS4 allows players to try out some pretty cool Chinese dishes. The year of the Rat is due to begin on Saturday, Jan. 25, which will enable players to download this update called Spring Festival, which is an actual celebration in China. Try out some dim sum, hot pots, and different fruit platters in five of the new levels. Two new characters are also said to enter the kitchen, including a turtle and, naturally, a rat! 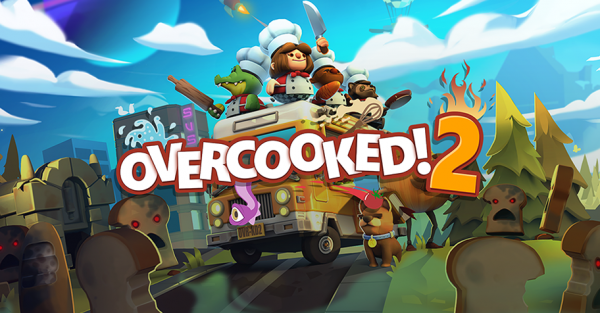 (Photo : Screenshot From GOG.com)
Overcooked 2 is a great game to try out!

Overcooked 2 is an interesting game that focuses on the joys and challenges of the culinary world. Video games are usually dominated by genres that require a certain set of skills, which is why cooking games bring an interesting new flavor to the whole video game world. The evolving world of video games has given birth to the cooking genre, which allows players to plan out their cooking actions strategically as well as carefully craft great meals that require a certain level of focus to accomplish.

Dynamics of the cooking game, Overcooked 2

Chaotic cooking is a way to describe this game as characters journey back to Onion Kingdom and are tasked with assembling a team of skilled chefs in the classic co-op or online play for a maximum of four characters. Saving the world? Well, on the frying pan, yes! This game has quite an interesting dramatic take where your character is positioned as a hero off to save the world with good cooking. How awesome can that be? Well, for those who are tired of the linear gameplay, you might want to try this game out.

Ever Peckish on the roam in Overcooked 2!

Saving the world one dish at a time means battling it out with Ever Pekish, which is a threat to the kingdom! Save people from the hunger of The Unbread by cooking stellar dishes and mastering intricate recipes here and there. Character development is also present in this game, and as the player advances, so does the character by picking up a little more skill, which makes them better and better at cooking!

The world of Overcooked 2

Cooking in different kitchens is something really interesting about Overcooked 2, and this is because of the wide range of kitchens for the player to cook in. From sushi restaurants all the way to magic schools and even mines, nothing gets boring as different venues offer different challenges for the player. Every venue might contain a different level of difficulty, and this may make players favor some venues better than others.

Read Also: The next Silent Hill game is inspired by Until Dawn, alleges report

Ever wanted to cook sushi? Or burgers? Or maybe even pizza? The list goes on and on as your character gathers different recipes here and there, creating a catalog of dishes the character has mastered! Some recipes may be easier to some of them may be harder, but at the end of the day, it is really up to the situation to decide which recipe fits you the most! Sometimes the player will be forced to master certain recipes as part of the story.