Stardew Valley has sold 10 million copies, including Nintendo Switch, and was originally an indie game designed by an American Indie game designer named Eric Barone. From humble beginnings to uncontrollable success, Eric "ConcernedApe" Barone was able to develop a game so addictive it has gained mainstream success!

Originating from the concept of Harvest Moon, Stardew Valley offers a wider range of action choices, which is one of the reasons why it has gained success because the original fans of Harvest Moon have hopped on to try this game out because of their love of Harvest Moon. Sadly, Harvest Moon has been silent, which is why the opportunity sprung up for Eric Barone to ride on the popularity of this game. Aside from offering nostalgic feels, this game also brings a lot of things we wished Harvest Moon included in the experience. 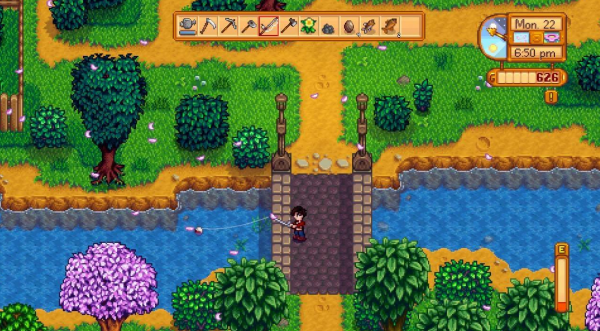 The difference between Stardew Valley and Harvest Moon

Different characters are present in Stardew Valley, which means different relationships are possible. Also, the romantic preference of your character is a bit flexible, which opens up your dating options to a larger spectrum! Aside from planting and raising farm animals, there is so much more to do! There is even a dungeon where you can battle monsters and pick out different weapons! This is something we definitely never experienced in Harvest Moon.

The Similarities between Stardew Valley and Harvest Moon

Although there are a lot of differences and updates, the classical experience of Harvest Moon is still included, like how events shape the course of the plot, and investing in relationships with different characters gives you a little advantage over certain challenges. The planting and raising farm animals' aspect of this game is still very familiar. After all, that is the sole reason why fans were attracted to Harvest Moon in the first place.

More about the developer Eric Barone

Although not being able to put his foot in the industry at first, Eric Barone found a way to succeed through the unconventional means of developing an indie game. Most successful games have a studio to back them, but this particular indie game was rather made by a fan of Harvest Moon who hoped to improve the experience. Starting as an artistic release, Eric Barone poured out his frustrations until it gave birth to something amazing. Eric Barone started out as an usher at the Paramount Theatre in Seattle, which was a really humble job, but that motivated him to become something else.

This simulation, role-playing game, was first released for the PC but then spread to other consoles like the PlayStation 4 and Nintendo Switch, which really catapulted this game to succeed. The easy controls make this game very convenient to play in just about any device, even Android and iOS. Stardew Valley is an indie game that made it.