Located 4.2 light-years from here, astronomers have found a potentially habitable planet which they call Proxima b because of it sighted orbiting the star, Proxima Centauri, which is known to coexist with the double star system called Alpha Centauri about 16 years ago. Proxima Centauri, on the other hand, is a red dwarf with a much smaller mass that usually gets called the dwarfs of Class M which is adjacent to the brightest known double star Alpha Centauri AB. Proxima b has certain priorities that could make it livable just like earth.

The New Study About the Existing Data

A new study that appeared on Wednesday in the Science Advances journal was able to analyze the existing data for the 17 years of radial velocity, which then determined the signal was coming from the rotating planet.

Read Also: Test rides in Spain: a collision with a bird's - motorcycle-Pilot-follower breaks the nose 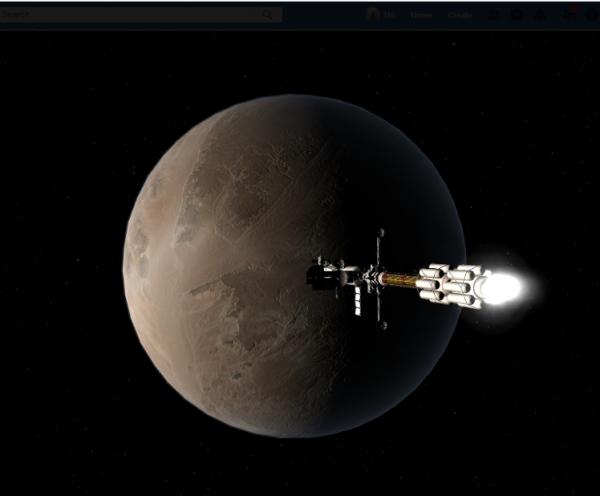 (Photo : Screenshot From Outspace Game Facebook Page)
Proxima b can be a potential super-earth

The Method of Radial Velocities and Finding Planets

Based on gravity and the well-known Doppler effect, the method of radial velocities takes into account the frequency of often illumination which increases and decreases depending of course on the distance of the source and the target objects when moved either closer or farther from each other.

Stars are not completely stationary when they are rotating around the planet, and under the influence of gravity, the planets rotate in small circles affecting the wavelength of light and adjusting the spectrum between red and blue depending on the current location of the planet. This is the methodology used by astronomers to discover planets.

The possible super-earth and its living conditions

Shy of size from Uranus and Neptune but about 1.3 times the size of Earth, the Proxima b orbits Proxima Centauri taking 5.2 earth years for a full rotation. With its current orbit, it is said to be at least 30 times closer to its star but may also be six times less close or about 5% the distance between the Earth and the Sun, but also, their Sun is still cooler than ours so the temperature might still be favorable. Liquid water may be present as well as hydrogen, oxygen, and nitrogen.

Unlivable conditions of Proxima b

Although showcasing similar properties with Earth, Proxima b still harbors unlivable conditions such as ultraviolet radiation and x-ray flash, which is about a hundred times harsher than what Earth receives from the Sun, but the gravity of these conditions are currently still speculations.

The European Space Agency has a project called "Gaia" which focuses on creating a 3D map version of our galaxy to help us understand it. This may even be useful for further researches or possible space explorations.

Existing outside the "snow line," this discovery broadens the reach of data collection to help further astronomers understand the intricacies of the universe. The new super-earth is useful information, and because of this discovery, we are beginning to see the possibility of different livable conditions in outer space. Human beings are known to be explorers, but as of current, astronomers are still researching possible galactic explorations for mankind.