Warcraft III Reforged: The Horde is Back! Release Date Revealed!

After an eternity of weakened expectations, Warcraft III Reforged is finally here! Bringing back the elements of 2002's Reign of Chaos and its expansion The Frozen Throne in 2003 and elevating them into a remastered piece of art, fans of this franchise cannot help but to get excited! Blizzard Entertainment has been keeping this game from fans for what seemed like forever but is now giving them what they were looking forward to all along. The anticipation has been building up since 2018 and now, the game is finally here for fans of this franchise to enjoy. 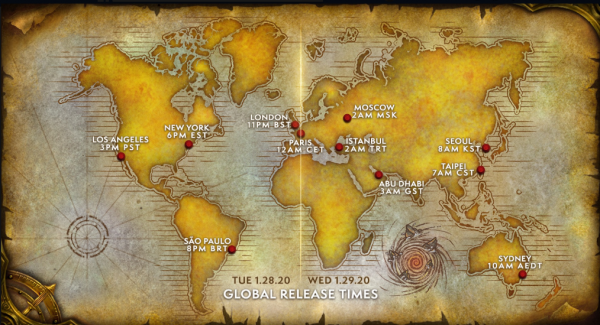 The nostalgia of Warcraft III

Before the famous DoTa game was invented by Icefrog using Warcraft's map maker and taking a huge chunk of Warcraft fans with him, the Alliance and the Horde were all that mattered to fans. With a stellar storyline and a great real-time strategy gameplay, Warcraft III was one of the most popular games in the early 2000s. Building up their stories in World of Warcraft, fans cannot wait to refresh where it all started. For most gamers, Warcraft was one of the earlier games that really captured their attention and drove them into the life of gaming. For some, it may be their first time to discover what started it all!

The launch of Warcraft III Reforged

January 28 will be the official launch date for the game and since people from around the world in different timezones are as excited for the release, here are the following release times according to region.

3:00pm PST
5:00pm CST
6:00pm ET
11:00pm GMT
Blizzard is expecting a busy day with the launch of Warcraft III Reforged as an expected number of fans are already marking their calendars to make sure they can avail the game as soon as possible.

Where to purchase your Warcraft III Reforged

Blizzard's Battenet application or online Blizzard Shop is the easiest and most direct way to get this edition. Blizzard is prepared to launch this game over multiple computers as they anticipate the number of die-hard fans just waiting for its release.

The anticipation fans had to go through for Warcraft III

First announced during the Blizzcon of 2018, the remake was said to have updated features in terms of art and animation while being able to preserve the real-time strategy that gameplay that made this game perfect! Blizzard said not to worry as players may still control humans, orcs, night elves, and even the undead!

Although fans were expecting an addition to the story or rather a different path for the Warcraft III franchise, opinions of this remake started to gather positive light as the majority admits that the nostalgia the game brings is definitely worth coming back to. Maybe in the future we will see more expansions for Warcraft III but for now, gamers around the world still have the Warcraft III Reforged to keep them busy.