[ATTN] British Airways, American Airlines, and Other Carriers Canceled Flights Due to Coronavirus in China

British Airways is now suspending their direct flights in Mainland China due to the Wuhan Coronavirus outbreak that is happening in the country.

According to the airline, the decision of the suspension will be implemented instantly until Friday, Jan. 31. Other airlines are also now backing out from their scheduled flights to the Asian country. Some of them are recommending refunds to their customers to protect them from the said disease.

International airlines no longer allow china flights due to coronavirus

As first reported via Reuters, British Airways' website no longer shows any direct flights to Mainland China. The airline already explained that China direct flights are not in a total ban state but only suspended for quite some time as the airline continues to 'assess' the health situation in the country.

British Airways said that the Chinese flights would continue as scheduled until Jan. 31. However, CNN reported that the airline is now unavailable to be booked online for China flights until Feb. 29, although flights to Hong Kong are still available to be reserved from the company.

The airlines have not yet explained the said extended suspension of flights, although they reiterated that the 'safety of customers and crew will always be their priority.'

Aside from that, the company also said that more flights might be canceled soon once information from British nationals is released.

And since the British Airways already canceled flights, hundreds of British citizens that came from Wuhan, China, are now also undergoing quarantine for two weeks upon their arrival.

They will be signing an agreement upon their arrival to complete the quarantine process.

Both of these U.S. airlines explained that the "significant decline in demand" forced them to suspend and stop their flights in Chinese flights totally.

Delta Airlines and Air Canada also canceled more Chinese flights over the days due to the said Coronavirus scare. 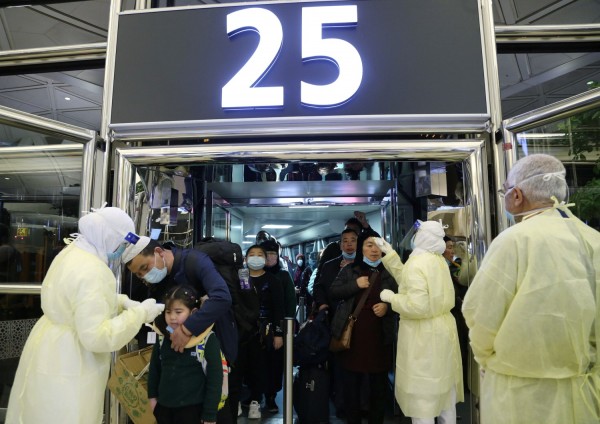 (Photo : Ahmed Yosri of REUTERS)
British Airways, American Airlines, and Other Carriers Cancelled Flights Due to Coronavirus in China

As of Thursday, Jan. 30, a total of 170 citizens already died due to the Wuhan Coronavirus spread. According to experts, the numbers are likely to get even higher soon since over 7,000 confirmed victims were previously reported worldwide.

A total of five citizens from the United States, 14 victims on Thailand, and 11 victims in Japan were all confirmed having the same respiratory disease. Other countries also reported confirmed victims from their regions, and others are still monitoring the Coronavirus spread.