Nothing scares people more than the unknown, which is why the mystery of the Thwaites Glacier floor in West Antarctica is one of the scariest places known to man. Scientists have been speculating this place for quite some time, and the recent video of this place has become extremely useful finding for further studies. If this Glacier is gone, we could experience a global crisis!

Read Also: Are we Headed Towards Climate Crisis Tipping Point? Here Are the Evidences 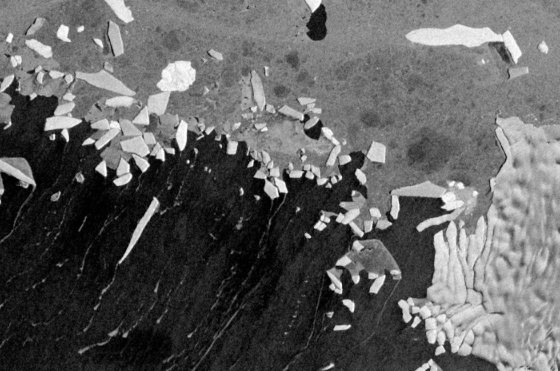 Inclusions of the recent video

The recent video reveals sea-level rising in progress showcasing ice from the land become water in the ocean. A magnificent site that shows humanity just how amazing nature is. Thwaites is but one of the many glaciers yet to be discovered, but just as other glaciers, if Thwaites collapses, humanity could experience an extreme rise in sea levels in the next few decades! This is what makes Thwaites scary. The impact Thwaites could have on Earth is massive!

Icefin is the name of the robot which was able to successfully gather this footage and one of the scientists who engineered and drove this robot stated that the feeling was similar to walking on the moon for the field of glaciology. The difference stated by the scientist was that most destructive unfathomable discoveries like the black hole are light-years away, but this discovery was only 10,000 miles right under our noses! Described as being 1,900 feet thick, this glacier was pressed hard into the Atlantic bedrock.

With a keener observation, scientists have stated that melting is definitely obvious, but the rate of melting is still under observation. Could this mean that in the long run, we will have to say goodbye to the Thwaites Glacier? In the video, the textures and particles were the obvious indicators that the melting was definitely happening.

The importance of this discovery

Despite the scary revelation, this discovery was more than necessary because of the fact that if scientists are not able to observe possible threats to humanity's existence, precautionary measures will not happen to save us because of the lack of information. Although humans have existed on Earth for quite some time, there are still threats to our existence, both external and internal. If this glacier is completely gone, this could add a foot and a half to global sea levels! That is how big the impact is!

A foot may not seem that alarming to some but note that this is only one of many other glaciers that could possibly melt away if met by unfavorable conditions. Scientists are still on the hunt to discover other glaciers to be able to bring back important data for further research.

In a comment given by a geologist from the University of Wisconsin named Andrea Dutton, understanding the dynamics is the key to survival. The mystery is said to be about 40 years old. Finally, science has made a breakthrough and added to their list of crucial indicators as to the Earth's condition.