Classic Fujifilm X100V Camera Gets New Lens and Screen: How Much Does it Cost?

The Fujifilm X100V is said to get an upgrade as a new lens, new sensors, and even a tilting LCD is added to the mix. Now sharing the same 26.1 megapixels X-Trans IV CMOS APS-C sensor as its family members, the X-T3, X-T30, and also the X-Pro3.

Including within it many different film simulations and a few software tricks which include the HDR and clarity adjustments that first started with the X-Pro3. We can expect the X100V sometime later this month with a price tag of $1,399.99. 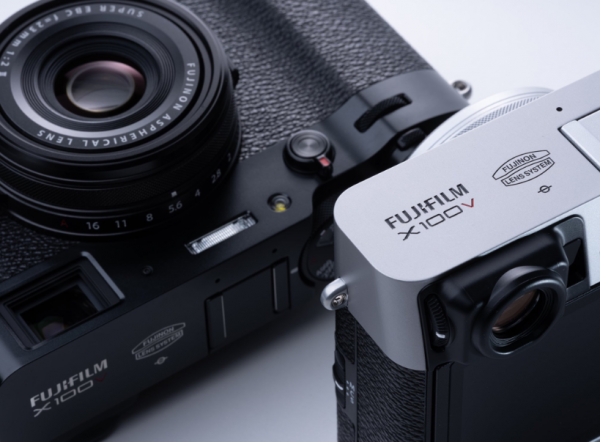 With its pretty rangefinder aesthetic and upgraded sensors with its upgraded glass, Fujifilm opens up about how the X100V's 23mm f/2.0 lens should exhibit clearer visibility with fewer distortions compared to the X100 cameras. The sharpness of the corners is also expected to be better, according to Fujifilm. The internal neutral density filter is a feature that is now capable of four stops compared to three.

Aluminum wrapped in satin is what the body of the X100V is made of and just by hearing those two words alone, we can already picture out the strength and beauty of the X100V. Although the design is very similar to the previous X100F but with much sharper lines in place. Finally, we can expect this camera to be weather resistant, which is something that has been bothering most photographers and users of Fujifilm, but sadly, the lens is not weather-resistant, so you still have to take extra care of it.

Changes on the display

The rear display can now be tilted down, which makes it even more visible and accessible for users. The LCD still sits perfectly at the back of the camera but can be adjusted according to the user's preference. The other Fujifilm cameras have seen the four-way D-pad to be removed for you to utilize both the joystick and the touchscreen feature better to better navigate throughout the camera's menus. The focus can even go down all the way to -5EV, which is quite similar to the X-Pro3's -6EV.

The shift of the Q button

The Q button has been a popular feature and has been moved to a better spot, which prevents accidental presses that disrupt the Q button's function. The ISO is now easier to adjust, and with a simple lift of the outer ring of the dial, you can easily select whichever setting you would want to use.

X100V's hybrid viewfinder is also something that has been improved as it is catching up with the X-Pro3 by sporting a 3.69 million dot OLED EVF for the situations where the optical viewfinder is not utilized. The autofocus performance is outstanding with a direct eye and faces AF.

The Fujifilm X100V is a long-awaited camera that is said to break the legacy of the X100F. The new lens and other details should come as an advantage to its users.