The FORCE is AFFORDABLE! Star Wars Jedi: Fallen Order for Xbox One Sells at Just $28!

The problem with force is that sometimes the force gets pricey! The Star Wars Jedi: Fallen Order for Xbox One is one of the most affordable games out there that sell at just $28, but this is only for a limited time! The original price for this game was $34, which is still quite a drop. When this game was first launched, it even sold as high as $70! Imagine the drop in price! 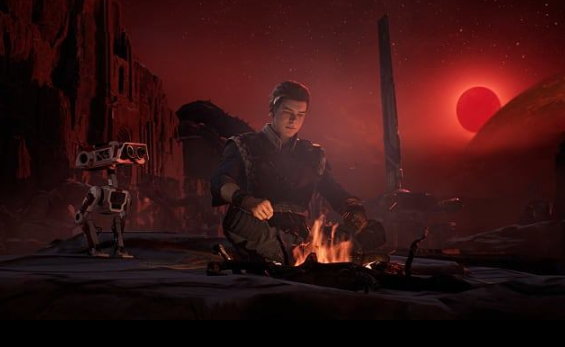 Over time, if you compute how much you spent on video games, you will find out that a huge amount has been building up over the years, and it may be a good thing if you can afford that lifestyle, but for the regular gaming dude, the expenses just stack up. If you could have bought every game you ever bought at a discount, you would save a lot of cash!

Some people never pay the full price! There are people who wait for the release and immediately jump into purchasing a new game, but for the more patient gamer, waiting is not really that big of a problem as long as the game can be bought at a huge discount later on. In the case of Star Wars Jedi: Fallen Order for Xbox One, the huge discount might not even last long, so now is the perfect time to grab yourself a copy!

May the force be with you!

The Star Wars franchise has amassed massive mainstream success and has continued from generation to generation. When Star Wars first released back in the day, huge lines were building outside the cinema just to be able to watch George Lucas' masterpiece! Up to this day, the Star Wars fan base is still pretty strong as the Star Wars universe is expanding!

Read Also: Another Star Wars Actor Is Unhappy With the Series, Who is He?

There are more movies now for fans to understand the world of Star Wars better, and there have been a few games that allow us to take part in this adventure. The Star Wars Jedi: Fallen Order for Xbox One has brought out an interesting involvement for fans of the franchise as they get to experience first-hand the Fallen Order!

According to other reviews online, the game has a lot of similarities with Tomb Raider, Dark Souls, and Metroid Prime, which is good news in a way because of how unique these games have been and how fun they were to play. Player involvement is very necessary for a game's success. The game has to get the player inside the game and make them feel what it is like to be a Jedi in the case of Star Wars Jedi: Fallen Order for Xbox One.

The Star Wars is a franchise that has been a representation of how a culture, franchise, and world could be passed on from one generation to another.