A cruel man named Brandon Michael Fleury, who is 22 years old and is from Santa Ana, California, has been cyberstalking and harassing the families of the Parkland shooting victims by sending threatening messages through bogus accounts. Just recently, Brandon was sentenced to 66 months inside federal prison by the US attorney for the Southern District of Florida. 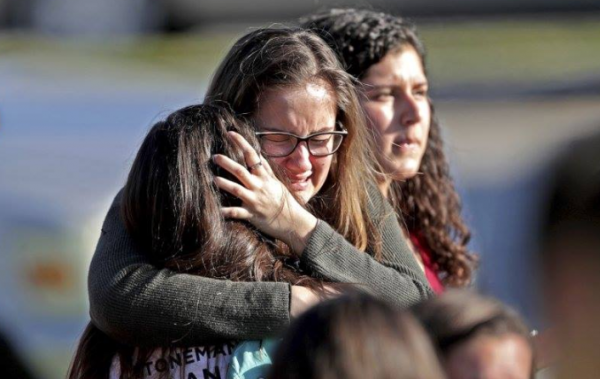 Brandon targeted the families of the victims

The relatives of those killed in the 2018 school shooting of the Marjory Stoneman Douglas High School in Parkland, Florida, have received messages from fake accounts created by Brandon containing vulgar and threatening content, which even escalated to death threats and kidnapping threats to the families. This was a very shocking attack since these were already victims of the shootings and have already suffered a great loss.

Brandon Fleury has been using 13 different Instagram accounts to mess with the relatives from December of 2018 until January of 2019, according to what the Department of Justice has released about this matter. This form of cyberstalking and harassment is definitely insensitive and strictly punishable by law. Brandon Fleury thought he could hide his identity from the law, but they were able to trace his IP address and the emails he used to make these accounts to identify who he was.

The names of the aliases which he used had references to the school shooter himself named Nikolas Cruz as well as one of the most famous serial killers of modern times named Ted Bundy. There was quite an emulation of the two in Brandon Fleury's fake accounts as he would even use pictures of the shooter Nikolas Cruz which was under the username "the Douglas shooter." These names were meant to strike fear into the families as they would see the face of the person who killed their children.

The casualties of the Parkland shooting were tragic

There were about 17 deaths, which included students and even faculty members during the Parkland shooting as Nikolas Cruz, who was then 19 at that time, walked into Marjory Stoneman Douglas High and started open firing to everyone. In a chilling confession given on video, he confessed to the killings but rejected any plea of guilt, which was then met with a life sentence in prison.

The families of the school shooting victims still feel the pain of losing their relatives during this school shooting and have had it even worse when Brandon Fleury started to cyberstalk and harass them even when they were going through recovery of the loss. Brandon Fleury's motives were not yet announced to the public, but it is clear that he wanted to strike even more fear to the hearts of the victim's families. Brandon Fleury will now be facing five years in prison for cyberstalking and harassment.