Gamers only have three weeks left before the long-awaited Final Fantasy 7 remake finally comes out! Square Enix has their eyes set on recapturing the magic of the legendary PlayStation RPG game. The game does not come out until April 10, and fans are excited to see Cloud, Tifa, and the rest of the crew in HD! 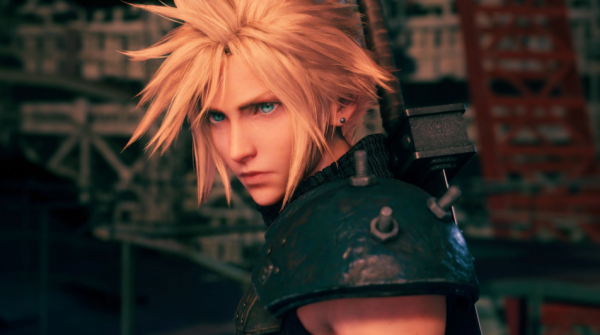 Before buying the game, you might want to check out the comparison video if you have not already watched it. Certain scenes are compared between the Final Fantasy 7 and the Final Fantasy VII remake, and the difference is more than evident.

A previous demo version of the Final Fantasy VII remake was released to allow fans of the franchise to experience a little taste of how different the Remake is from the original one!

There are a few additions that Square Enix has added to the FF7 Remake, including multiple installments to make sure that the content is fully presented. Announced during the E3 2019 press conference, Square Enix has confirmed that they will be releasing two Blu-ray discs worth of content along with the game.

Read Also: Half-Life: Alyx Tips and Tricks to Get it with Discount or Free and What You Need to Know Before Playing It!

Now that gamers are, but a few weeks before the game's release, another announcement has been made by Square Enix! Physical copies of the Final Fantasy 7 remake could possibly be delayed due to the coronavirus' (COVID-19's) effect to logistical distributors.

Here's where to pre-order your FF7 Remake:

When you order your FF7 Remake from these following sources, you'll even get a bonus Chocobo Chick Summon Materia DLC! That is not the only bonus you will be able to avail once pre-order from the following outlets.

Aside from an exclusive lanyard as well as double member's rewards points, players will even be given a chance to win a Sephiroth or Cloud Watch.

Amazon includes a Sephiroth dynamic PS4 theme to go you're your purchase of this product.

You'll get a Serialized Shinra key card as well as a collectible tin box to go with your purchase of the game.

Buying the game from different outlets gives you different results, but the additional bonuses you get are quite worth it! Aside from the standard edition, you can also opt for the deluxe edition, which offers even more than what the previous does!

Last but not least, the Final Fantasy 7 Remake 1st class edition gives quite exclusive additions, which will cost you $330. This is a package for true fans of the franchise to revel on!

The package includes everything included in the deluxe edition along with every other pre-order bonuses as well as a rare Play Arts Kai Cloud Strife as well as a Hardy Daytona box set!