An SNP councilor's Facebook account was hacked by his wife, who has since then branded him as an "adulterer" and a "cheater" after he allegedly left her for a colleague of his. 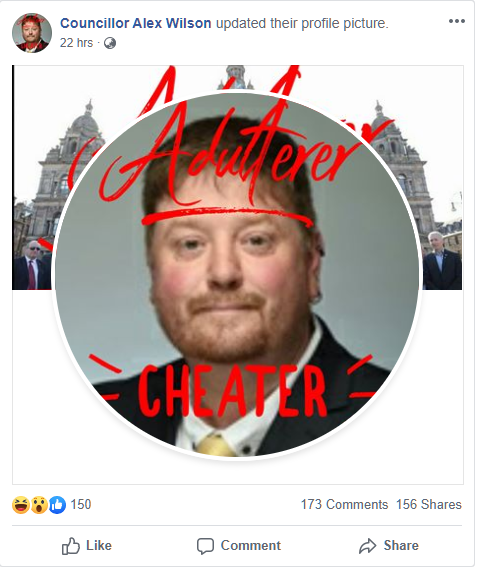 Read More: How to Read Someone's WhatsApp Messages Without Their Phone

The Scoop Regarding The Issue

Glasgow Cardonald's representative Alex Wilson has been targeted by his distraught wife Pamela, who has said he left her to be in a relationship with one of the people he was working with. That person's name is SNP councilor, Mandy Morgan.

The furious Mrs. Wilson took to her husband's social media Thursday to post photos of him branded with the words "adulterer" and "cheater."

Mr. Wilson, who now has two children with wife Pamela, is said to be ending his marriage to be with the party colleague Ms. Morgan, a councilor for Glasgow North East.

Mr. Wilson had replied to one of the pictures posted by wife Pamela and had this to say, "I've been having an affair with Councillor Mandy Morgan and have left my wife of 20 years to go live with her and her four kids." 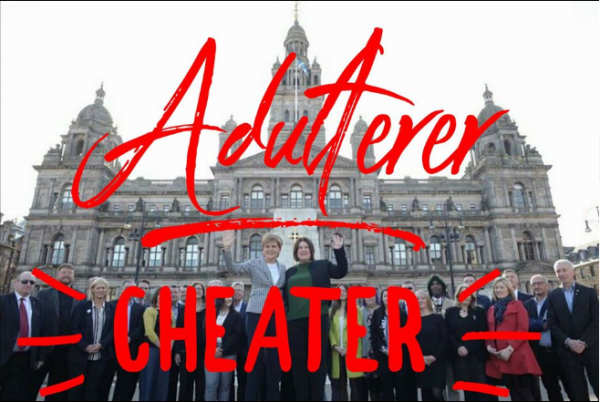 A social media user asked if the issue was a gag or some sick joke, to which Mrs. Wilson replied, "I'm very much alone with two kids with Autism.

'Alex dropped the bombshell of his affair this afternoon and then packed and left to go live with her.

Mrs. Wilson told The Herald: "I am absolutely devastated. This came completely out of the blue. I don't know how I'll cope financially or how I'll keep a roof over the kids heads."

Read More: How to See My Boyfriend's Text Messages Without His Phone

Mr. and Mrs. Wilson have two teenage kids and just arrived recently from a family vacation from Orlando, Canada, to celebrate the councilor's 50th birthday.

The mother-of-two and now future divorcee has said that she will soon be finding another job which will "not be easy" since she now has to look after her children by herself.

The incident has stunned many social media users, with the majority of people siding with Mrs. Wilson's decision.

Many have voiced their opinions and had this to say:

Craig Wylie, "Phone the police, pretty sure that's against the new Covid regulations, can't be moving in with anyone during a lockdown. Scumbag.' While another user, MK Devlin, wrote, "Cllr Wilson, you have no shame and are not fit for public office." and finally, one more user, Graham Gibb, added, "Hell hath no fury like a woman scorned and all that jazz."

If you're interested in learning more about the doings of your partner, we recently covered an article about how to check your spouse's iPhone messages without them knowing that you do. Trust isn't the issue here, but maybe assurance is. It can be found by clicking this link here.

Read More: Got a Stranger in your Zoom Call? Here's What You Need to Do!